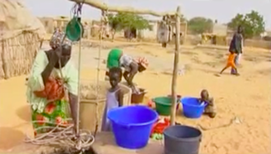 Diarrhoea kills 4,000 children every day around the world. In Africa, it is the leading killer of children under 5 years old, causing more deaths than AIDS, malaria and measles combined. But there are very simple solutions to this problem - clean drinking water, hygienic toilets and effective hand washing.

Providing people in developing countries with access to clean drinking water, effective sanitation and education on the importance of good hygiene practice are some of the most cost effective ways of achieving real results in health. It helps them beat poverty and can help to prevent around 2.4 million unnecessary deaths every year.
Recall mixtures and solutions 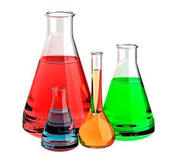 Mixtures are absolutely everywhere you look. If they are mixed up, their properties in physical terms would remain the same. An example of this is salad. If you mix the lettuce, tomatoes and cucumbers,  you yield the same physical properties. You can still sort which item is which as well.

In a solution, the mixture of substances involves dissolving the substances into a new form of solution. An example is tea. To make a tea, milk and sugar is dissolved in tea, and one cannot separate the milk or sugar in the tea again.
Explain the differences between solute and solvent 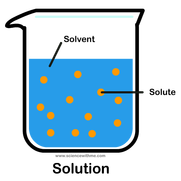 A solution is a homogeneous mixture composed of two or more substances. In such a mixture, a solute is dissolved in another substance, known as a solvent. A common example is a solid, such as salt or sugar, dissolved in water, a liquid.


As a rule of thumb, there is usually more solvent than solute. Be patient with the next sentence as we put it all together. The amount of solute that can be dissolved by the solvent is defined as solubility
Outline why water is a good solvent

Water is called the universal solvent because more substances dissolve in water than in any other chemical. This has to do with the polarity of each water molecule. The hydrogen

side of each water (H2O) molecule carries a slight positive electric charge, while the oxygen side carries a slight negative electric charge. This helps water dissociate ionic compounds into their positive and negative ions. The positive part of an ionic compound is attracted to the oxygen side of water while the negative portion of the compound is attracted to the hydrogen side of water.
Explain the factors that affect solubility
Solubility is defined as the upper limit of solute that can be dissolved in a given amount of solvent at equilibrium. There are many factors that influence solubility and the factors

3) The size of the particles and whether or not you stir the solution will help speed up the dissolving process, but it will not change the total amount that can be dissolved (whereas #1 and #2 do affect the total amount dissolved)
Describe how filtering works
Explain saturated solution
Describe how salt can be obtained from seawater or from mines
Explain how to purify water
Compare different solvents
Recognise the nature of hazards associated with solvents
Discuss distillation in terms of changes of state
Describe how mixtures of dissolved solids can be separated
Key Terms:
Class Assignments:

Video Clips:
Dihydrogen monoxide (better know as water) is the key to nearly everything. It falls from the sky, makes up 60% of our bodies, and just about every chemical process related to life takes place with it or in it. Without it, none of the chemical reactions that keep us alive would happen - none of the reactions that sustain any life form on earth would happen - and the majority of inorganic chemical reactions that shape the surface of the earth would not happen either.
Lack of access to water and sanitation and poor hygiene is one of the principal causes of death and disease worldwide. It also leads to loss of productivity and forms a major barrier to development.

Globally, 2.5 billion people do not have access to basic sanitation facilities and as a result, the lives of billions of people are adversely affected. Sanitation receives only 12 per cent of the total pool of global aid funding for water and sanitation. While nearly 800 million people still lack decent water, reallocating funds more evenly makes sense given the larger needs in sanitation.
Safe water and sanitation are critical. Without them, life is in crisis. Watch and share the film. Take action today at www.wateraid.org/waterworks
A nice review of solids, liquids and gases
Review of changing states of matter
Helpful video on factors that affect solubility
Water molecules pulling apart the ions (sodium and chloride) in a salt crystal, and then dissolving the salt.
Good video on distillation
Desalination
Chromatography