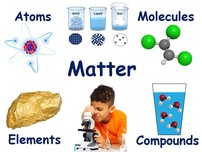 In this unit we will be looking at atoms, elements and compounds. All matter is made from atoms. Atoms are very, very small. A molecule is formed when atoms join together by chemical bonds. There are many different elements, which are made up of atoms. Elements can be divided into metals and non-metals. Chemical symbols and formula are used to represent elements and compounds. There are over a hundred different types of atom, called elements. The atoms of a particular element are identical to each other. They cannot be changed chemically into any different element.
Define matter as anything that has both mass and volume.

Matter is all the “stuff” that exists in the universe. Everything you can see and touch is made of matter, including you! The only things that aren’t matter are forms of energy, such as light and sound. In science, matter is defined as anything that has mass and volume. Mass and volume measure different aspects of matter.
Outline the basic structure of an atom (simple Bohr model to include protons, electrons, neutrons) 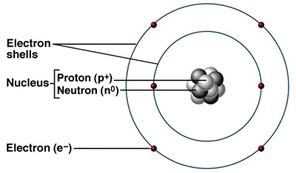 Atoms are the basic units of matter and the defining structure of elements. Atoms are made up of three particles: protons, neutrons and electrons.

Protons and neutrons are heavier than electrons and reside in the center of the atom, which is called the nucleus. Electrons are extremely lightweight and exist in a cloud orbiting the nucleus. 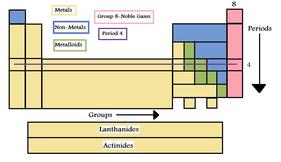 Elements are arranged in the Periodic Table in order of increasing atomic number. The Periodic Table allows chemists to make accurate predictions of physical properties and chemical behaviour for any element based on its position. Features of the table are; Groups- vertical columns within the table which will contain elements with similar chemical properties resulting from a common number of electrons in the outer shell, Periods- rows of elements arranged with increasing atomic number demonstrating an increasing number of outer electrons and a move from metallic to non-metallic characteristics. Key groups of elements which can be recognised are metals and non-metals, alkali metals, halogens, noble gases and transition elements. The gaseous elements are generally to be found clustered in the top right corner of the table.
Utilize the periodic table as tool to identify the atomic number and atomic mass of an element 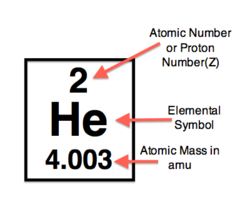 The uses of non metals are related to their properties: 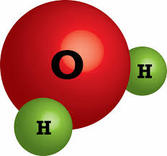 Distinguish between:
Chemists like to classify things. One way that chemists classify matter is by its composition. All matter can be classified as mixtures, elements and compounds. All matter is composed of atoms and groups of atoms bonded together, called molecules. Substances that are made from more than one type of atom bonded together are called compounds. Compounds and elements that are combined physically, but not chemically, are called mixtures.

Use symbols in equations

If the molecule contains more than one atom of an element we use numbers to show this. The numbers are written below the element symbol. For example, the formula for carbon dioxide is CO2 . It tells you that each molecule has one carbon atom and two oxygen atoms.

Take care when writing these formulae. The small number go at the bottom. For example CO2 is correct but CO2 is wrong. 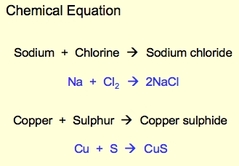 Explain how recycling can save resources and energy 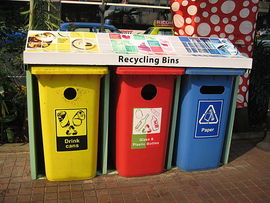 It almost always takes less energy to make a product from recycled materials than it does to make it from new materials. Using recycled aluminum scrap to make new aluminum cans, for example, uses 95 percent less energy than making aluminum cans from bauxite ore, the raw material used to make aluminum. 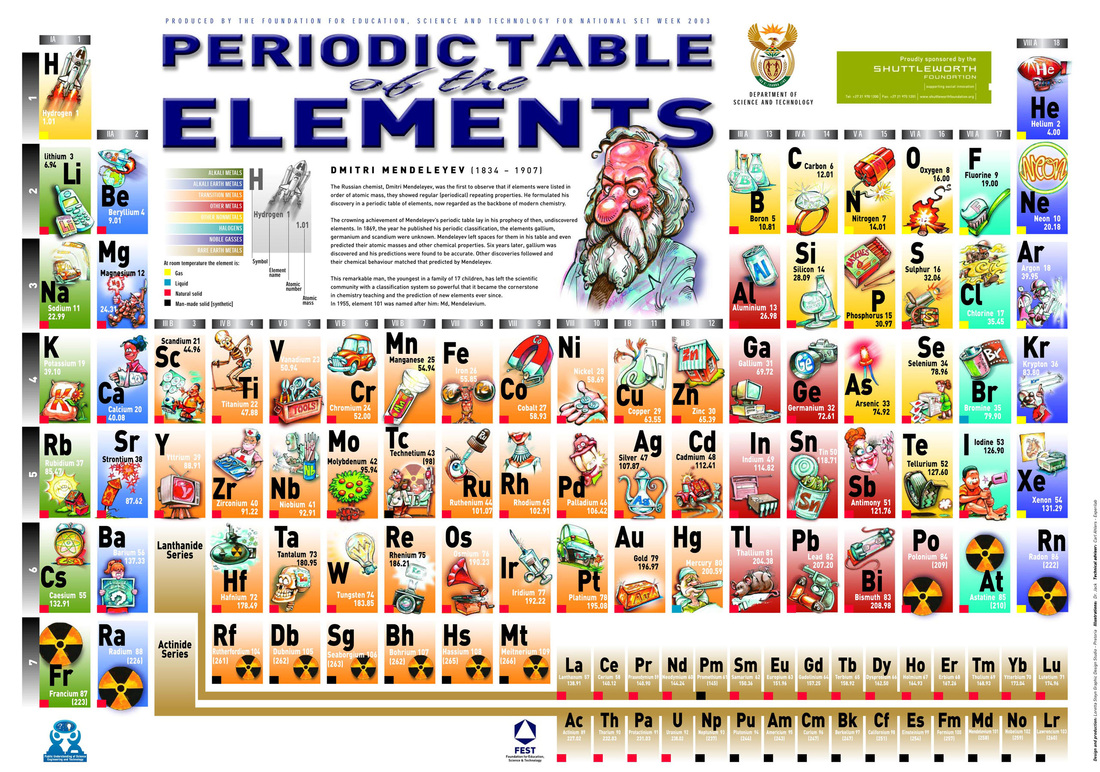 Video Clips
Have fun with Bill Nye as he talks about atoms and elements
Science expert Emerald Robinson explains what an atom is.
Scientists at the University of California Los Angeles have found a way to create stunningly detailed 3D reconstructing of platinum nanoparticles at an atomic scale. These are being used to study tiny structural irregularities called dislocations.
Just how small are atoms? And what's inside them? The answers turn out to be astounding, even for those who think they know. This fast-paced animation uses spectacular metaphors (imagine a blueberry the size of a football stadium!) to give a visceral sense of the building blocks that make our world.
Hank gives us a tour of the most important table ever, including the life story of the obsessive man who championed it, Dmitri Mendeleev. The periodic table of elements is a concise, information-dense catalog of all of the different sorts of atoms in the universe, and it has a wealth of information to tell us if we can learn to read it.
The elements had been listed and carefully arranged before Dmitri Mendeleev. They had even been organized by similar properties before. So why is Mendeelev's periodic table the one that has endured? Lou Serico explains via Ekaaluminium, an element whose existence Mendeelev predicted decades before it was discovered.
A fun way to learn the elements of the periodic table
BBC Bitesize KS3 Revision Metals and Nonmetals
BBC Bitesize KS3 Revision Elements, Compounds and Mixtures
This documentary is about the importance of recycling and changing our habits to preserve our planet.