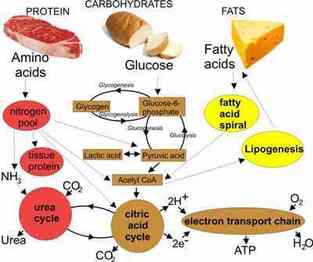 Like all matter, life is built from atoms — the basic units of matter that link together to form molecules. Organic molecules are the molecules of life and are built around chains of carbon atoms that are often quite long. There are four main groups of organic molecules that combine to build cells and their parts: carbohydrates, proteins, lipids, and nucleic acids.
Identify the monomer and polymer structures of organic molecules 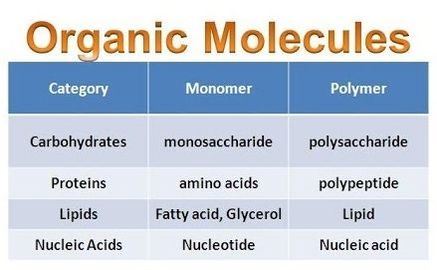 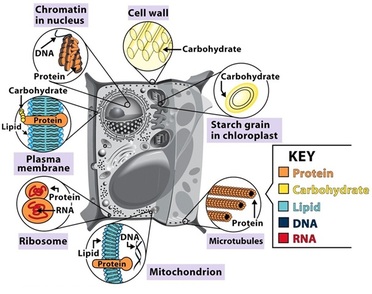 image from chemistry.tutorvista.com
Describe the structure of carbohydrates, proteins and lipids as large molecules made up from smaller basic units: starch and glycogen from simple sugar; protein from amino acids; lipid from fatty acids and glycerol; DNA and RNA from nucleotides
Carbohydrates are made up of Carbon, Hydrogen and Oxygen)

Lipids are made up of Carbon, Hydrogen and Oxygen)

Proteins are made up of Carbon, Hydrogen, Oxygen and Nitrogen

DNA and RNA are made up of phosphates, sugar and nitrogen 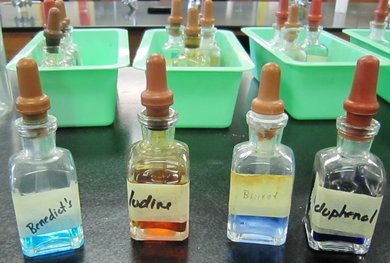 Video Clips:
Hank talks about the molecules that make up every living thing - carbohydrates, lipids, and proteins - and how we find them in our environment and in the food that we eat