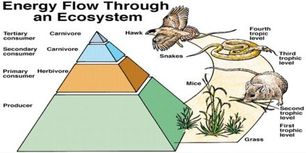 In the unit of Energy Flow, we will look at how organism need food to survive but eventually it too is eaten. In any ecosystem there is a hierarchy of feeding relationships that influences how nutrients and energy pass through it. We will also look at the sequence of organisms that provide food for one another is know as a food chain​.

​This unit will last 3 school days
​Essential idea:
Nature of science:
Understanding
4.2.U1 ​Most ecosystems rely on a supply of energy from sunlight.
ll green plants, and some bacteria, are photoautotrophic – they use sunlight as a source of energy. This makes light the initial source of energy for almost all communities
In a few ecosystems the producers are chemoautotrophic bacteria, which use energy derived from chemical processes 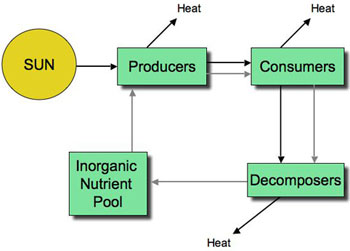 image from Annenberg Learner
4.2.U2 ​Light energy is converted to chemical energy in carbon compounds by photosynthesis.​
Producers absorb sunlight using chlorophyll and other photosynthetic pigments.

4.2.U3 ​Chemical energy in carbon compounds flows through food chains by means of feeding.​
​(Students should be clear that biomass in terrestrial ecosystems diminishes with energy along food chains due to loss of carbon dioxide, water and other waste products, such as urea. (Pyramids of number and biomass are not required.)
Energy enters most ecosystems as sunlight, where it is converted into chemical energy by producers (via photosynthesis). This chemical energy is stored in carbon compounds (organic molecules) and is transferred to heterotrophs via feeding 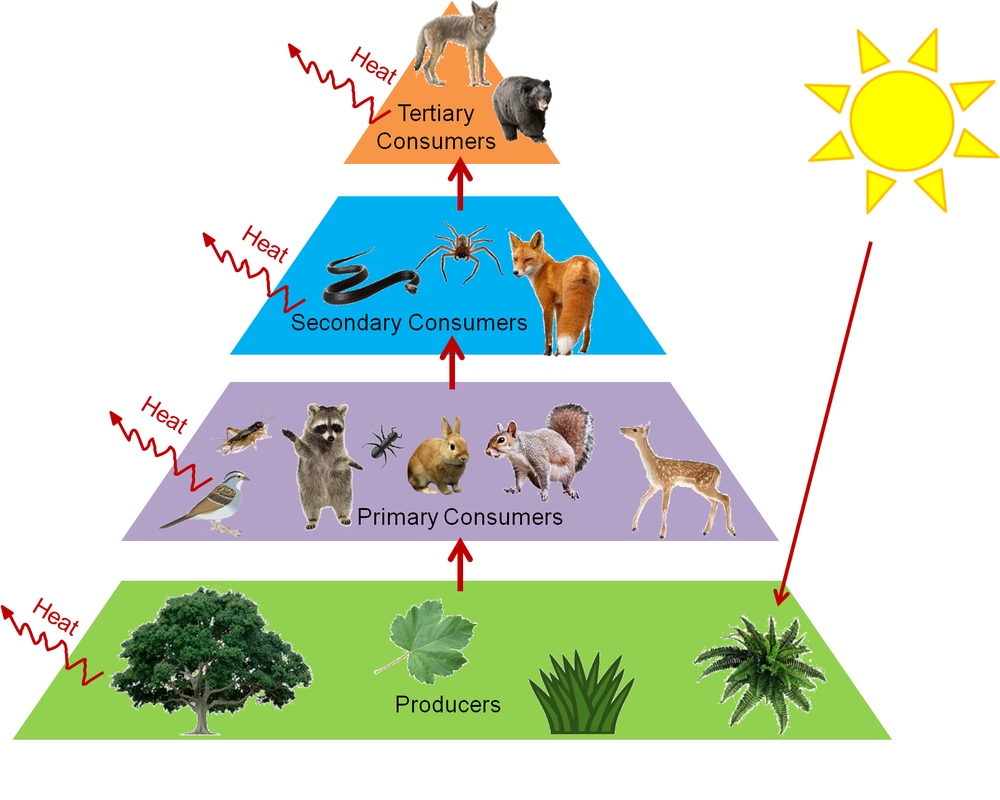 4.2.U4 ​Energy released from carbon compounds by respiration is used in living organisms and converted to heat.​
Energy stored in organic molecules (e.g. sugars and lipids) can be released by cell respiration to produce ATP​

4.2.U6 ​Heat is lost from ecosystems.​
All of these reactions are exothermic and release thermal energy (heat) as a by-product 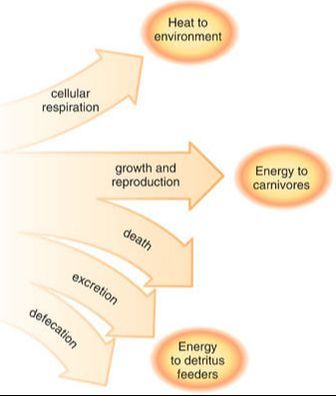 4.2.U7 ​Energy losses between trophic levels restrict the length of food chains and the biomass of higher trophic levels​. (The distinction between energy flow in ecosystems and cycling of inorganic nutrients should be stressed. Students should understand that there is a continuous but variable supply of energy in the form of sunlight but that the supply of nutrients in an ecosystem is finite and limited.)
A food web is the elaborate interconnected relationships within an ecosystem based on feeding and energy transfer

Pyramids of energy will never appear inverted as some of the energy stored in one source is always lost upon transfer. Each level should be roughly one tenth of the size of the preceding level (as energy transformations are ~10% efficient)
The bottom level will always represent the producers, with subsequent levels representing consumers (primary, secondary, etc.) 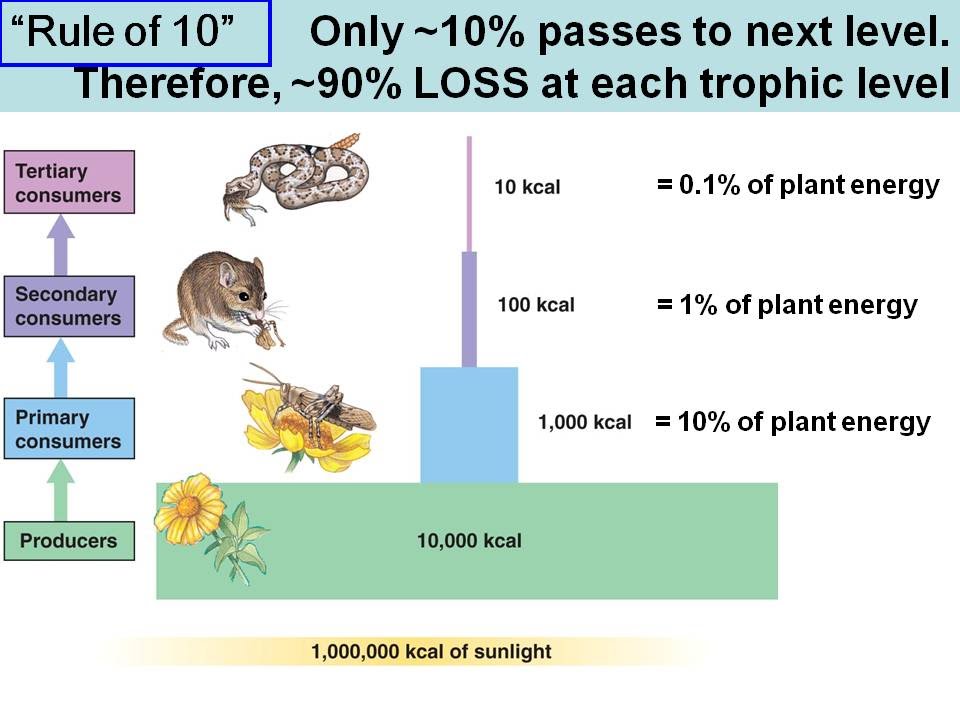 Topic 4.2 Review Sheet
PowerPoint and Study Guide on Topic 4.2 by Chris Paine
​Correct use of terminology is a key skill in Biology. It is essential to use key terms correctly when communicating your understanding, particularly in assessments. Use the quizlet flashcards or other tools such as learn, scatter, space race, speller and test to help you master the vocabulary.
Good video review over Topic 4.2
Useful Resources

In The News
​
Everything is Connected (2013)
Beachgoers In Spain Face Invasion Of Jellyfish (2013-08-27)
Australian Cats and Foxes May Not Deserve Their Bad Rep (2013-08-23)
What we eat makes a difference (2013-08)
When Big Carnivores Go Down, Even Vegetarians Take The Hit
Humans are becoming more carnivorous
The legacy of the Pleistocene megafauna extinctions on nutrient availability in Amazonia (2013-08-11)
International-mindedness:
Videos:
Hank introduces us to ecology - the study of the rules of engagement for all of us earthlings - which seeks to explain why the world looks and acts the way it does. The world is crammed with things, both animate and not, that have been interacting with each other all the time, every day, since life on this planet began, and these interactions depend mostly on just two things
Ecology is life, and life is complex relationships. Here’s an overly-brief TED Talk on how to see the simple issues in complex situations, using some nice food-web examples:
​What happens at a ‘Whale Fall’?

Whale Fall (after life of a whale) [Radiolab] from Sharon Shattuck on Vimeo.