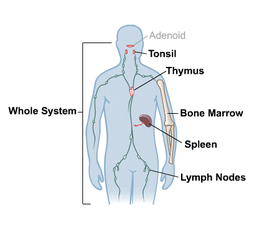 image from MedlinePlus
In the Defense Against Infectious Disease unit we will learn that pathogens and viruses invade the body and cause diseases. Most pathogens are bacteria and viruses, but protozoan, parasite worms and fungi can also be pathogenic. You will also learn the mechanisms in which the body defends itself against these pathogens.

​This unit will last 3 school days
​Essential idea:
​Nature of science:
Understandings:
6.3.U1 ​The skin and mucous membranes form a primary defence against pathogens that cause infectious disease.
​The first line of defence against infectious disease are the surface barriers that prevent the entry of pathogens into the body. These surface barriers include both the intact skin and mucous membranes 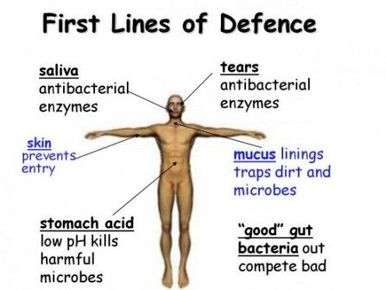 6.3.U2 ​Cuts in the skin are sealed by blood clotting.
Clotting (haemostasis) is the mechanism by which broken blood vessels are repaired when damaged. Blood clotting repairs and seals the skin to prevent excessive blood loss. When a blood vessel is broken or cut, blood platelets collect at the site of the damaged blood vessel forming a platelet plug

The two key components of a blood clot are platelets and insoluble fibrin strands: 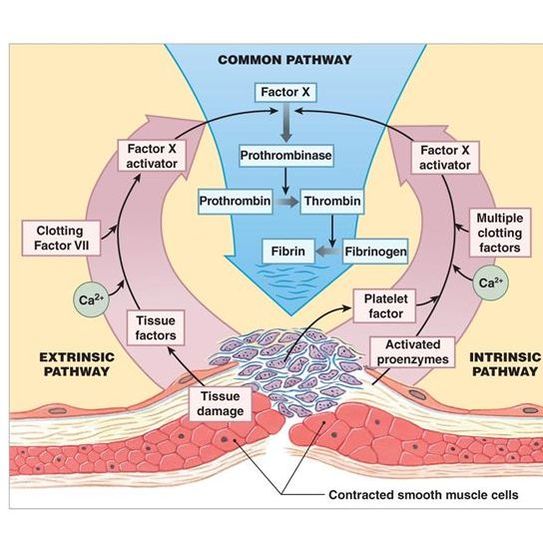 6.3.U4 ​The cascade results in the rapid conversion of fibrinogen to fibrin by thrombin.
The Extrinsic pathway and Intrinsic pathway leads to a common pathway
6.3.U5​ Ingestion of pathogens by phagocytic white blood cells gives non-specific immunity to diseases.
Another type of non-specific immunity (not antigen specific and response is immediate) occurs when phagocytic leucocytes ingest and destroy foreign pathogens. When pathogens managed to get by skin and mucous membranes a second line of defense is available to remove them, phagocytic leukocytes ingest any pathogens in the blood and body tissues.
The innate immune system has two key properties:

Phagocytic Animation
6.3.U6 ​Production of antibodies by lymphocytes in response to particular pathogens gives specific immunity.
​The immune system must encounter a foreign substance, called an antigen, before it can produce the necessary response to effectively remove the pathogen. An antigen is any foreign molecule found on the surfaces of viruses, bacteria, cancer cells that elicits an immune response. The response by the immune system to the antigen is the production of antibodies. An antibody is a protein found in blood plasma that attaches to a particular antigen to help control its effects. These antibodies are specific to that antigen.​ 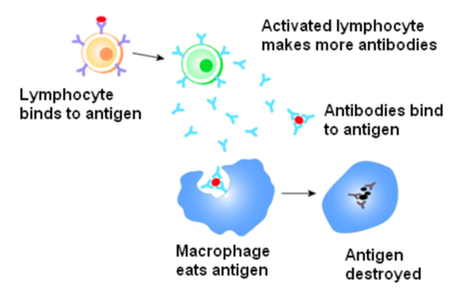 6.3.U8 ​Viruses lack a metabolism and cannot therefore be treated with antibiotics. Some strains of bacteria have evolved with genes that confer resistance to antibiotics and some strains of bacteria have multiple resistance. (Oxford Biology Course Companion page 308).​
Since viruses lack their own metabolism, they have to use the chemical processes of a cell from a host that they infect
Antibiotic resistance is an avoidable problem, which can be done by: 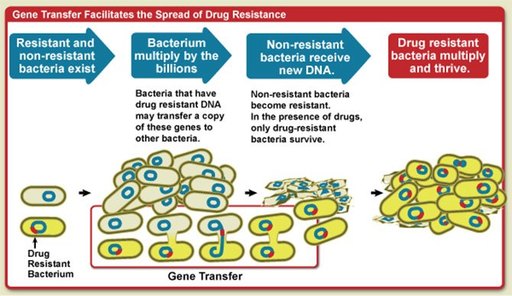 image from nova.org.au
Application:
​6.3.A1 Causes and consequences of blood clot formation in coronary arteries.
Coronary arteries are arteries that branch from the aorta and supply oxygen to the heart. Individuals that have coronary heart disease sometimes form blood clots in these arteries. Coronary thrombosis is the formation of a clot within the blood vessels that supply and sustain the heart tissue (coronary arteries)​
Some Causes 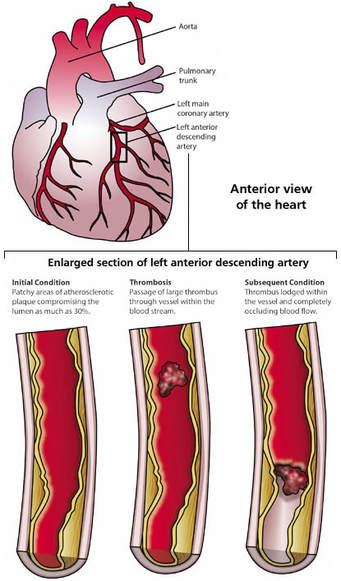 image from USC Cardiothoracic Surgery
6.3.A2 ​Florey and Chain’s experiments to test penicillin on bacterial infections in mice. 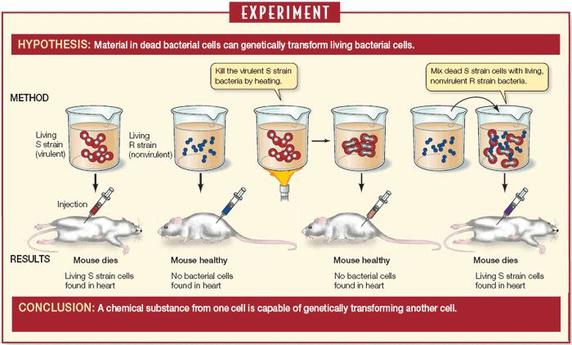 image from study blue
Florey and Chain’s Experiment
6.3.A3 ​Effects of HIV on the immune system and methods of transmission. 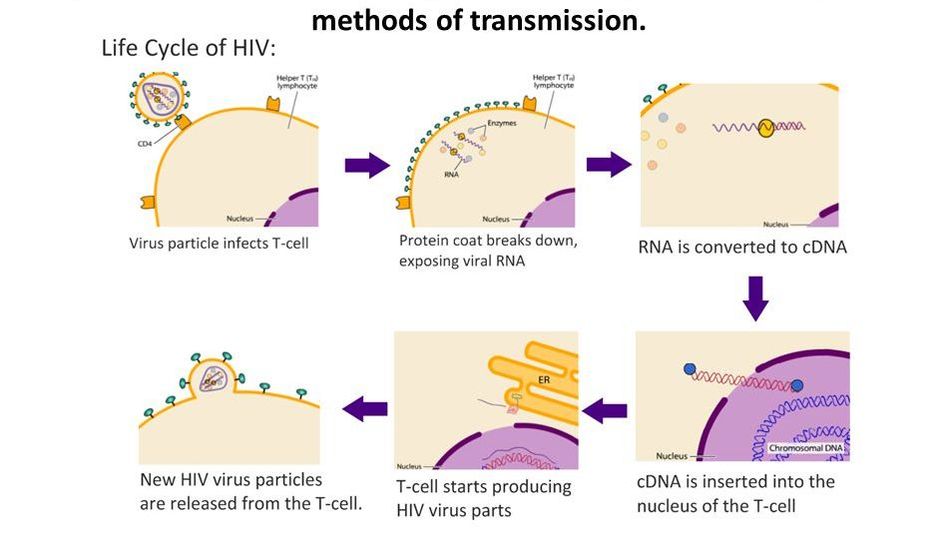 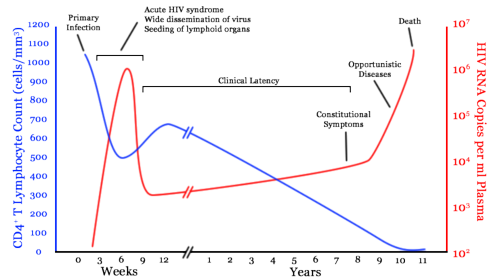 ​Topic 6.3 Review
​
PowerPoint and Notes on Topic 6.3 by Chris Payne
​​​Correct use of terminology is a key skill in Biology. It is essential to use key terms correctly when communicating your understanding, particularly in assessments. Use the quizlet flashcards or other tools such as learn, scatter, space race, speller and test to help you master the vocabulary.
External Links:

Check out some more of the videos from the Walter and Eliza Hall Institute of Medical Research.
Try this animation and quiz: McGraw Hill Online Centre
Nobel-winner, the cellular response from CancerResearch.org
The humoral, though not funny, response – from the LifeWire
How does the leukocyte know where to go? Chemotaxis – from Wisc-online
Loads more links to clips at North Harris College.
The Immune System Game

HIV and AIDS Case Study
Newborn baby ‘cured’ of HIV with rapid detection and ARV treatment. Great introduction to the topic from the New York Times.
Could the design of a condom improve HIV prevention? Here is a South African company who hope so: Pronto Condoms.
For  a video of how it works (on a plastic model), click here.
AIDS Fact Sheet from WHO

International-mindedness:
Video Clips
Every second of your life you are under attack. Bacteria, viruses, spores and more living stuff wants to enter your body and use its resources for itself. The immune system is a powerful army of cells that fights like a T-Rex on speed and sacrifices itself for your survival. Without it you would die in no time. This sounds simple but the reality is complex, beautiful and just awesome. An animation of the immune system.
​The immune system is a vast network of cells, tissues, and organs that coordinate your body’s defenses against any threats to your health. Without it, you’d be exposed to billions of bacteria, viruses, and toxins that could make something as minor as a paper cut or a seasonal cold fatal. So how does it work? Emma Bryce takes you inside the body to find out
Do you remember having a cold in 5th grade? Or the flu a couple years ago? Your immune system does. Our bodies hold many levels of immune defense
​HOPEHIV turns 10 in 2010 and this four minute video (low res MPG) shows just how far the charity has come: from one little girl in a Joburg orphanage to supporting 50,000 orphans and vulnerable young people in Africa each year
TED Talk by Bonnie Bassler on bacteria and how we interact with them:
Hank tells us about the team of deadly ninja assassins that is tasked with protecting our bodies from all the bad guys that want to kill us - also known as our immune system.
Paul Andersen explains how your body protects itself from invading viruses and bacteria.  He starts by describing the nonspecific immune responses of skin and inflammation.  He then explains how we use antibodies to disrupt the function of antigens and mark them for destruction.  He then explains both the homoral and cell-mediated immune response highlighting the importance of B and T lymphocytes.  He finally describes the process of long term immunity
This video gives a great overview of the cells and functions of the immune system in response to a pathogen. Both the innate and adaptive immune system are explored.
Here are some very clear clips for the immune responses to infection, starting with a really well done explanation of Burnet’s Nobel-winning clonal selection theory:
Neutrophil (phagocyte) chasing a bacterium:
Elizabeth Pisani discusses rational behaviour in HIV infection, with lots of Indonesia references:
Hans Rosling explodes the Africa=HIV myth using real stats:
90-day time-lapse of a woman on modern anti-AIDS medication:
So what could happen (and what has in the past) when there is a pandemic? This enlightening BBC Horizon documentary sheds a little light.
​What are HIV & AIDS? HIV, or human immunodeficiency virus, is a type of virus that infects human immune cells. Over time, immune cells are lost, which weakens the immune system and allows patients to be infected by other viruses and develop several types of tumors
​In the first video in our two part series on HIV and AIDS, we explain how scientists figured out what HIV is, when the infection morphs into AIDS, and where they think the virus originated
SciShow News reports some promising new findings about the worldwide fight against HIV, including insights about how we can make the most of one of our newest weapons against HIV: circumcision.
2008, something incredible happened: a man was cured of HIV. In over 70 million HIV cases, this was a first, and, so far, a last, and we don’t yet understand exactly how he was cured. But if we can cure people of various diseases, like malaria and hepatitis C, why can’t we cure HIV?
This video is about Forey and Chain and their part in the discovery of penicillin
Reference sites