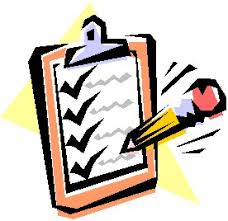 This criterion assesses the extent to which the student has developed appropriate methods to gather data that is relevant to the research question. This data could be primary or secondary, qualitative or quantitative, and may utilize techniques associated with both experimental or social science methods of inquiry. There is an assessment of safety, environmental and ethical considerations where applicable.

Here, the emphasis is on the development of the methodology of the investigation. ESS allows for a broad range of studies that could be scientific or social-science based. The criterion has been designed to allow for assessment of a wide range of types of study. So, for example, when justifying the choice of the sampling strategy, this could mean explaining the method of sampling recipients in a questionnaire, but could also mean the selection of the number of repeats and the control of variables in a laboratory test. The important idea is that the methodology is appropriate to the focused research question, that there is sufficient data generated to lead to a conclusion, and that the rationale is explained clearly.

​Many ESS studies will involve ethical or safety considerations. The students must address this, where necessary, paying attention to the IB animal experimentation policy (which includes guidelines on working with human subjects), and should write about their strategies for upholding safety and/or ethical standards in the report.
Planning (6)

Hypothesis:
Although not required by the IB Organization, for many investigations it is appropriate for you to include a hypothesis.  A hypothesis is like a prediction.  It will often take the form of a proposed relationship between two or more variables that can be tested by experiment:  “If X is done, then Y will occur.”

No all investigations will have a hypothesis. However, they help you focus your ideas

Also provide an explanation for the hypothesis.  This should be a brief discussion (paragraph form) about the theory or ‘why’ behind the hypothesis and prediction.  Be sure the hypothesis is related directly to the research question and that the manipulated and responding variables for the experiment are clear.

Be sure your hypothesis is related directly to your research  question and that the manipulated and responding
variables for your experiment  are clear. You hypothesis must be justified with clear scientific justifications


Methodology:
Make a list of materials needed.  Be as specific as possible (example:  “50 mL beaker instead of ‘beaker’).  A well labeled diagram or photograph of how the experiment is set up may be appropriate. Be sure the diagram includes a title and any necessary labels.

State or discuss the method (procedure) that was used in the experiment.  This should be in the form of a step-by-step direction.  Provide enough detail so that another person could repeat your work by reading the report!  You don’t have to go into detail about standard, well-understood actions. If a standard technique is used, it should be referenced.

If something is done in the procedure to minimize an anticipated error, mention this as well.  (Example:  “Carefully cutting plant stem under water to reduce affect of air on transpiration rate.”)

In the method, clearly state how to collect data.  What measuring device was used, what data was recorded and when? Or what qualitative observations were looked for (such as color change)?

The data range and amount of data in that range are also important. For example, when trying to determine the optimum pH of an enzyme, using a range of pH values between 6 and 8 would be insufficient. Using a range of values between 3 and 10 would be better, but would also be insufficient if only three different pH values were tested in that range.

“Control of variables” refers to the manipulation of the independent variable and the attempt to maintain the controlled variables at a constant value.​
Justification of Sampling
Safety, Ethics and Environmental Issues:
All teachers and students must pay attention IB Animal Experimentation Policy document. Find out more about it on the Animal Experimentation

There should be no variation in the precision of raw data. The same number of digits past the decimal place should be used.  For data derived from processing raw data (i.e., means), the level of precision should be consistent with that of the raw data. 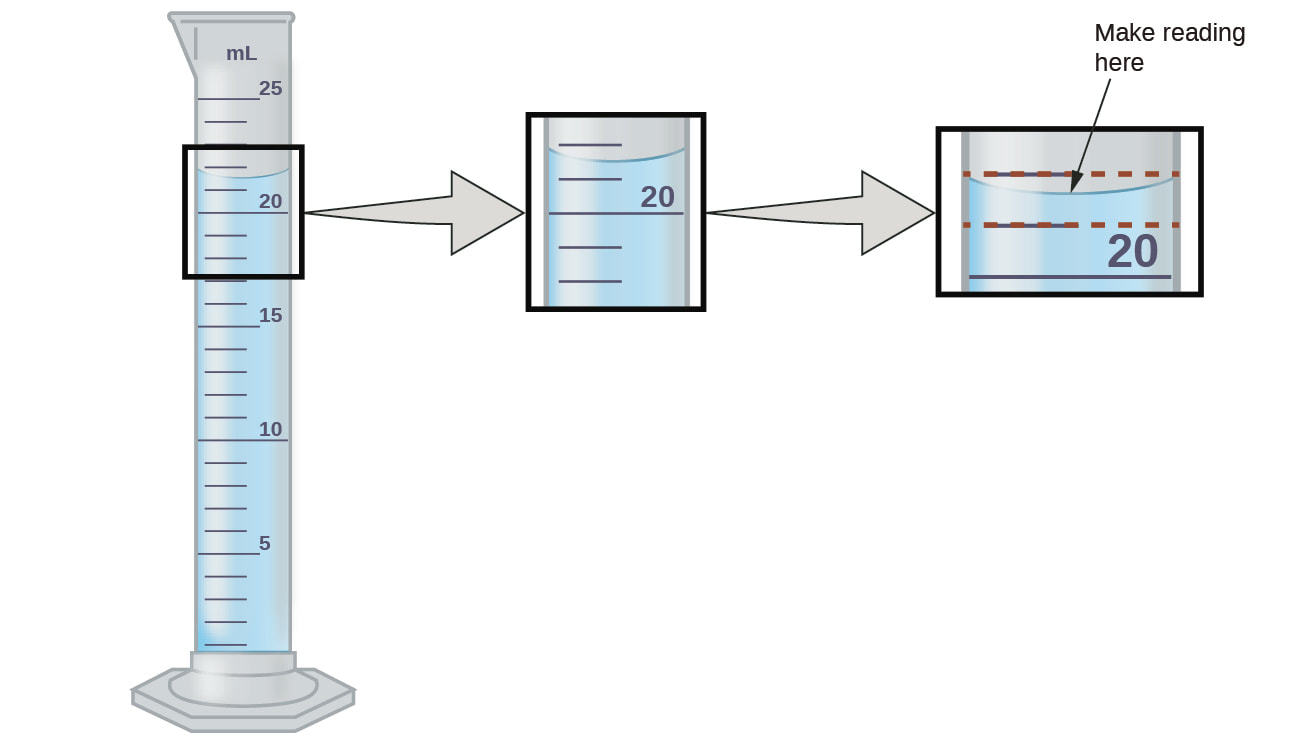 ​You may need to estimate the degree of precision sometimes especially with stop watches. Digital stop watches are said to be accurate to 0.01s but human reaction time is only +/-0.1s.

For electronic probes you may have to go to the manufacturer's specifications (on their web site or in the instructions manual).
​
​Uncertainty
All measurements have uncertainties and are only as accurate as the tool being used to make the measurement. For general purposes, the accuracy of a measurement device is one half of the smallest  measurement possible with the device.  To determine uncertainty:
So, for example, the rulers in class measure to the  millimeter (0.10 cm).  Therefore, the ruler’s measurement uncertainty is +/- 0.05 cm.  ​

The numerical value of a ± uncertainty value tells you the range of the result. For example a result reported as 1.23 ± 0.05 means that the experimenter has some degree of confidence that the true value falls in between 1.18 and 1.28.
Examples: ​
Experimental uncertainties should be rounded UP to one significant figure. Uncertainties are almost always quoted to one significant digit and we round up because it’s better to suggest higher uncertainty than to imply there is less uncertainty.
The measurement should have the same number of digits (decimal places) as the uncertainty. It  would be confusing to suggest that you knew the digit in the hundredths (or thousandths) place when you admit that you unsure of the tenths place.
​Just as for units, in a column of data students can show the uncertainty in the column heading and don’t have to keep re-writing if for every measurement in the table.

Units
​A measurement must have units.  The system of units used in science is called the International System of Units (SI units).  In the table below are some of the more common SI units.  When measuring time, it is acceptable to use minutes, days or hours when the experiment spans over a significant period of time.  When showing length, it is acceptable to use the associated units shown in the table below. 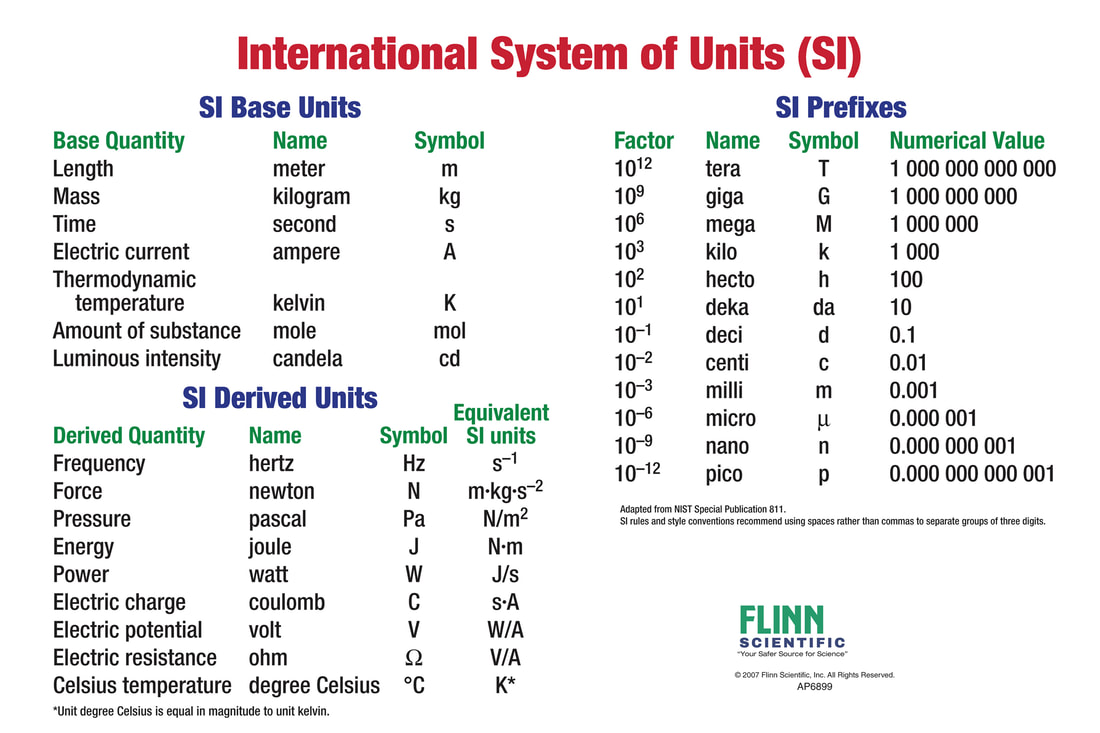 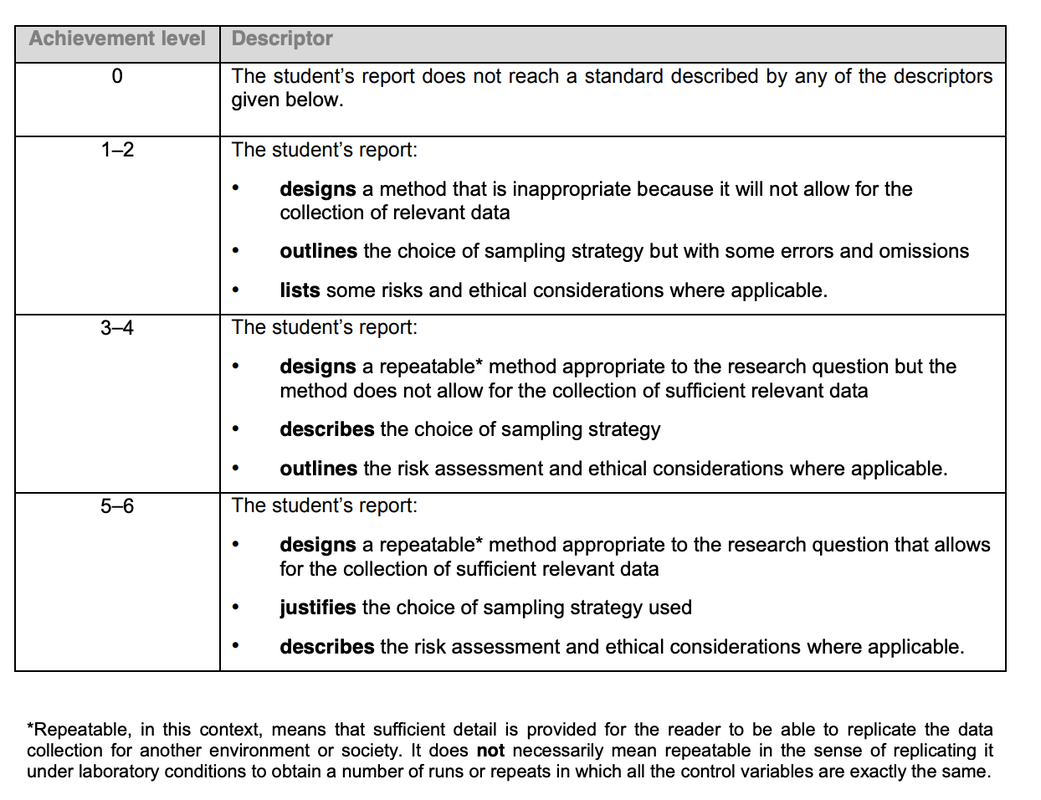