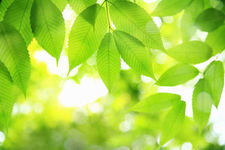 In the Photosynthesis unit we will learn how light energy is converted into chemical energy. Every living creature needs food or energy to survive. Some depend on others for food and energy, whiles others can produce their own food. Plants make their own food, glucose, in a process called photosynthesis. We say that plants can photosynthesise.

This process requires a photosynthetic pigment (chlorophyll) and can only occur in certain organisms (plants, certain bacteria) 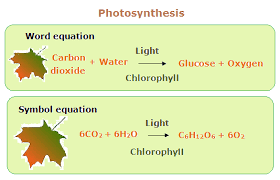 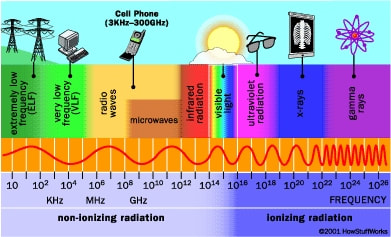 2.9.U3 Chlorophyll absorbs red and blue light most effectively and reflects green light more than other colours
Chlorophyll is a green pigment found in photosynthetic organisms that is responsible for light absorption. When chlorophyll absorbs light, it releases electrons which are used to synthesise ATP (chemical energy). Chemical substance called pigment involved in first step pf photosynthesis. 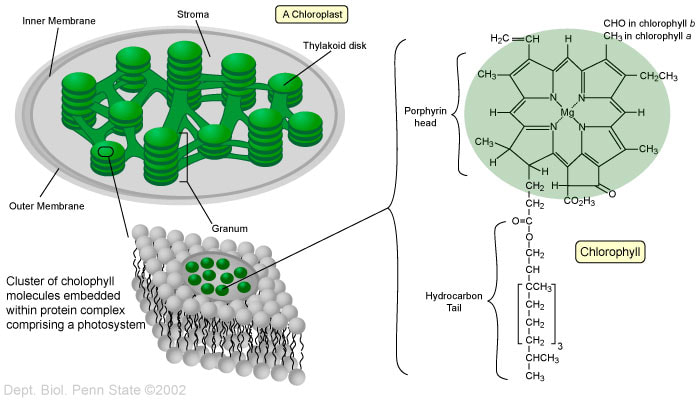 2.9.U4 ​Oxygen is produced in photosynthesis from the photolysis of water.
The splitting of molecules of water to release electrons needed in other stages (photolysis) 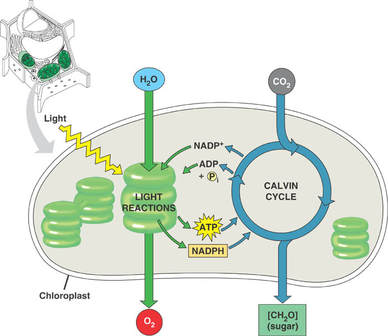 ​2.9.U5  Energy is needed to produce carbohydrates and other carbon compounds from carbon dioxide.
ATP and hydrogen derived from photolysis of water are used to fix carbon dioxide to make organic molecules. Plants convert carbon dioxide into glucose through the Calvin cycle in photosynthesis.  This process requires energy from light being put in and so is described as being endothermic. 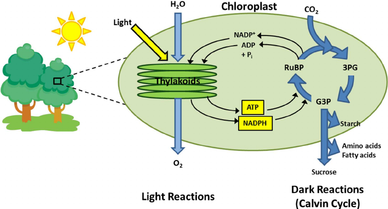 image from ResearchGate
2.9.U6 Temperature, light intensity and carbon dioxide concentration are possible limiting factors on the rate of photosynthesis.
The law of limiting factors states that when a chemical process depends on more than one essential condition being favourable, the rate of reaction will be limited by the factor that is nearest its minimum value

Photosynthesis is dependent on a number of favourable conditions, including:
Application:
2.9.A1 ​Changes to the Earth’s atmosphere, oceans and rock deposition due to photosynthesis.
Only one significant source of oxygen gas exists in the known universe – biological photosynthesis. Before the evolution of photosynthetic organisms, any free oxygen produced was chemically captured and stored. Approximately 2.3 billion years ago, photosynthetic organisms began to saturate the environment with oxygen. This led to changes in the Earth’s atmosphere, oceans, rock deposition and biological life 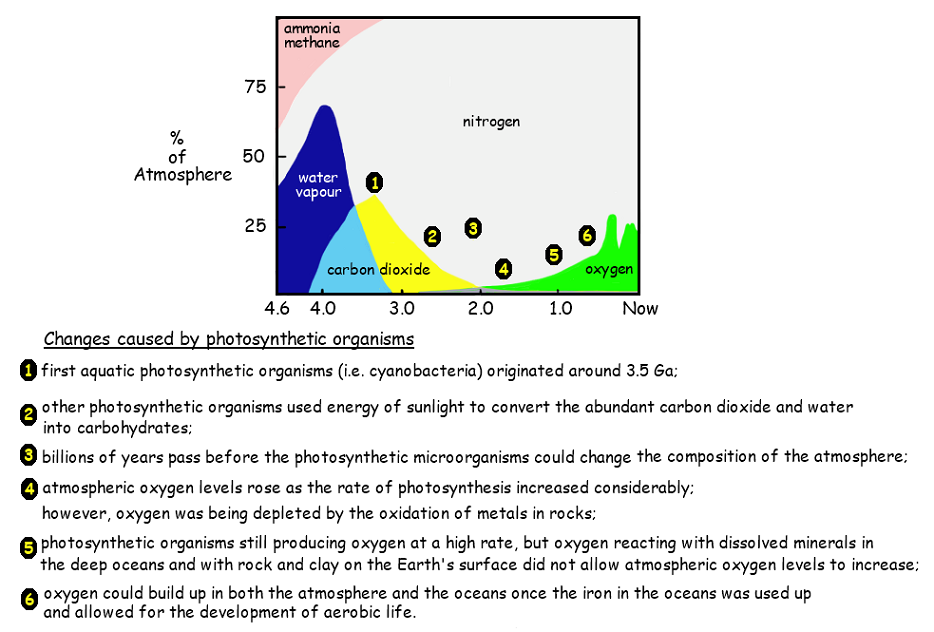 Photosynthetic organisms do not rely on a single pigment to absorb light, but instead benefit from the combined action of many. These pigments include chlorophylls, xanthophyll and carotenes. Chromatography is an experimental technique by which mixtures can be separated

Two of the most common techniques for separating photosynthetic pigments are:
Go to Internal Assessment 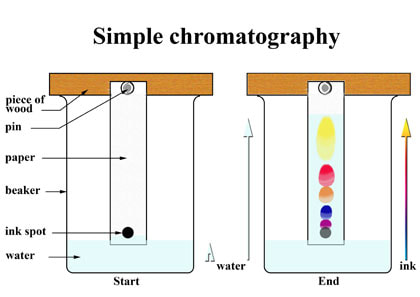 ​Topic 2.9 Review
Powerpoint and notes on Topic 2.9 from Chris Payne
​​​​​​​Correct use of terminology is a key skill in Biology. It is essential to use key terms correctly when communicating your understanding, particularly in assessments. Use the quizlet flashcards or other tools such as learn, scatter, space race, speller and test to help you master the vocabulary.

Video Clips:
​Hank explains the extremely complex series of reactions whereby plants feed themselves on sunlight, carbon dioxide and water, and also create some by products we're pretty fond of as well.
​Paul Andersen explains the process of photosynthesis by which plants and algae can convert carbon dioxide into useable sugar.  He begins with a brief description of the chloroplast.  He describes the major pigments in a plant (like chlorophyll a and b).  He then describes both the light reaction and the Calvin cycle.  He finishes with a discussion of photorespiration and strategies for avoiding this problem evolved in CAM and C4 plants.
Photosynthesis is an essential part of the exchange between humans and plants. Amanda Ooten walks us through the process of photosynthesis, also discussing the relationship between photosynthesis and carbohydrates, starch, and fiber -- and how the air we breathe is related to the food we ingest
A hearty bowl of cereal gives you the energy to start your day, but how exactly did that energy make its way into your bowl? It all begins with photosynthesis, the process that converts the air we breathe into energizing glucose. Cathy Symington details the highly efficient second phase of photosynthesis -- called the Calvin cycle -- which converts carbon dioxide into sugar with some clever mix-and-match math.
Reference sites