We will learn how meiosis takes place in reproductive tissue. In male animals, meiosis takes place in the testes and in females within the ovaries. In plants, meiosis occurs in the anthers to form pollen grains and within the ovary to form ovules
​
​This unit will last 3 school days
​Essential idea:
​Nature of science:
Understandings
10.1 U1 ​Chromosomes replicate in interphase before meiosis. (Oxford Biology Course Companion page 440).​
During the S phase of the cell cycle, so that each chromosome has a copy of itself and consists of two sister chromatids. During meiosis I, chromosomes condense and synapse to form bivalents (homologous chromosomes are aligned next to each other).
10.1 U2 ​Crossing over is the exchange of DNA material between non-sister homologous chromatids.  (Oxford Biology Course Companion page 440).​
Crossing over involves the exchange of segments of DNA between homologous chromosomes during Prophase I of meiosis 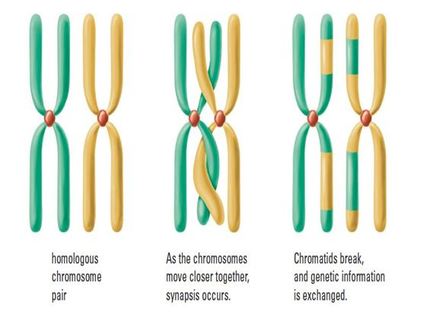 10.1 U3 ​Crossing over produces new combinations of alleles on the chromosomes of the haploid cells. (Oxford Biology Course Companion page 441).
As a result of crossing over, chromatids may consist of a combination of DNA derived from both homologues - these are called recombinants (new combinations). The formation of recombinants basically makes the possible allele combinations unlimited. ​Crossing over results in new combinations of alleles in haploid cells and thus increases the genetic diversity of potential offsp
10.1 U4 ​Chiasmata formation between non-sister chromatids can result in an exchange of alleles. (Oxford Biology Course Companion page 440).​
During prophase I of meiosis, homologous chromosomes become connected in a process known as synapsis. ​During synapsis, prophase I, homologous chromosomes pair forming bivalents in synapsis, non-sister chromatids may break and recombine with their homologous partner (crossing over). These non-sister chromatids remain physically connected at these points of exchange – regions called chiasmata.

Once attached the non-attached portions of the chromatids actually repel each other. Chiasmata refer to the actual break of the phosphodiester bond during crossing over. The chiasmata are separated during anaphase 1 which can result in an exchange of alleles between the non-sister chromatids from the maternal and paternal chromosomes.
10.1 U5 ​Homologous chromosomes separate in meiosis I. (Oxford Biology Course Companion page 443).​
Prophase I
Metaphase I
Anaphase I
Telophase I 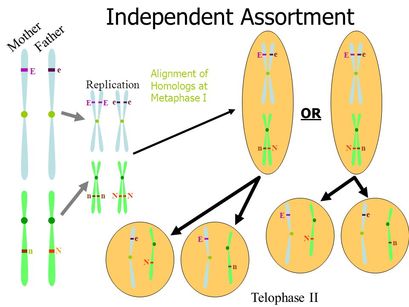 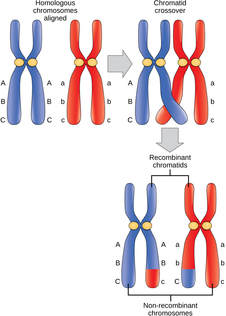 ​Topic 10.1 Review
​PowerPoint and Notes on Topic 10.1 by Chris Payne
​​​Correct use of terminology is a key skill in Biology. It is essential to use key terms correctly when communicating your understanding, particularly in assessments. Use the quizlet flashcards or other tools such as learn, scatter, space race, speller and test to help you master the vocabulary.
Useful Links

In The News
From one cell to many: How did multicellularity evolve? - ScienceDaily, Jan 2014
How chromosomes 'cheat' for the chance to get into an egg - ScienceDaily, Dec 2017
Video Clips
Amoeba Sisters as they explore the meiosis stages with vocabulary including chromosomes, centromeres, centrioles, spindle fibers, and crossing over.
Hank gets down to the nitty gritty about meiosis, the special type of cell division that is necessary for sexual reproduction in eukaryotic organisms
Crossing Over and Variability
​Time-lapse microscopy of a meiosis overlaid with animation graphic
Reference sites