image from Pearson - The Biology Place
In the Cellular Respiration unit we will discuss aerobic and anaerobic cellular respiration. You will also learn how ATP is produced in the mitochondria.

​
There are two main types of cell respiration:

2.8.U2 ATP from cell respiration is immediately available as a source of energy in the cell.
ATP (adenosine triphosphate) is a high energy molecule that functions as an immediate source of power for cell processes

image from www.phschool.com
2.8.U3 Anaerobic cell respiration gives a small yield of ATP from glucose.
Both anaerobic and aerobic respiration pathways begin with the anaerobic breakdown of glucose in the cytosol by glycolysis
Glycolysis Animation 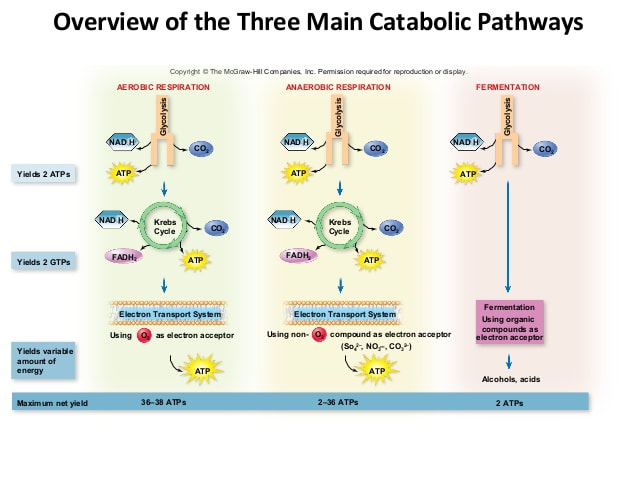 Muscle contractions require the expenditure of high amounts of energy and thus require high levels of ATP. When exercising at high intensity, the cells’ energy demands will exceed what the available levels of O2 can supply aerobically. Therefore the body will begin breaking down glucose anaerobically to maximise ATP production. This will result in an increase in the production of lactic acid, which leads to muscle fatigue.

When the individual stops exercising, oxygen levels will increase and lactate will be converted back to pyruvate. Although carbohydrates, lipids and proteins can all be consumed as energy sources, only carbohydrates will typically undergo anaerobic respiration 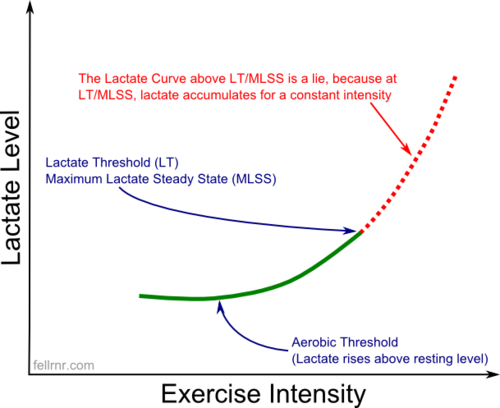 Skill
2.8.S1 Analysis of results from experiments involving measurement of respiration rates in germinating seeds or invertebrates using a respirometer.
A respirometer is a device that determines an organism’s respiration rate by measuring the rate of exchange of O2 and CO2. The living specimen (e.g. germinating seeds or invertebrate organism) is enclosed in a sealed container
Carbon dioxide production can be measured with a data logger or by pH changes if the specimen is immersed in water
When an alkali is included to absorb CO2, oxygen consumption can be measured as a change in pressure within the system. The pressure change can be detected with a data logger or via use of a U-tube manometer 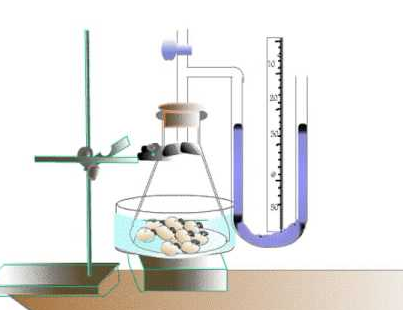 Topic 2.8 Review
Powerpoint and Notes on Topic 2.8 by Chris Payne
​​​​​​Correct use of terminology is a key skill in Biology. It is essential to use key terms correctly when communicating your understanding, particularly in assessments. Use the quizlet flashcards or other tools such as learn, scatter, space race, speller and test to help you master the vocabulary.

​ Video Clips:
In which Hank does some push ups for science and describes the "economy" of cellular respiration and the various processes whereby our bodies create energy in the form of ATP.
​Paul Andersen covers the processes of aerobic and anaerobic cellular respiration. He starts with a brief description of the two processes. He then describes the important parts of the mitochondria. He explains how energy is transferred to ATP through the processes of glycolysis, the Kreb cycle and the Electron Transport Chain. He also explains how organisms use both lactic acid and alcoholic fermentation.
Cellular Rap
Reference sites