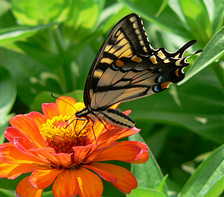 What is life? A rather difficult question to answer. When you look around, how would you categorize what you see? In biology, the broadest groupings are biotic (living) and abiotic (non-living). This may sound simple, but it is sometimes difficult to decide whether something is truly alive or not.

Instead of defining life, it is easier to look at specific characteristics.  All living things share life processes such as growth and reproduction. Most scientists use seven life processes or characteristics to determine whether something is living or non-living
Distinguish between living and nonliving systems
Living things are the organism, that is alive. They are made up of a small unit of the structure known as cells, which form tissues. Different tissues, in turn, combine to form organs and when all these organs function together as an integrated unit, called as an organ system, which functions in something that has a life. They are human beings, plants, insects, birds, animals, fungi, bacteria, algae, protozoa, etc.

​Non-living things refer to those things, which are not alive, i.e. the characteristic of life is absent, in them. They do not show any trait of life, such as Reproduction, growth and development, respiration, metabolism, adaptation, responsiveness, movement, etc 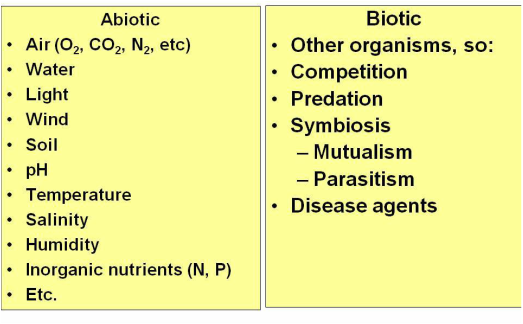 Organisms are highly organized, coordinated structures that consist of one or more cells. Even very simple, single-celled organisms are remarkably complex: inside each cell, atoms make up molecules; these in turn make up cell organelles and other cellular inclusions
Explain that living organisms share the same characteristics:

image from notions-english-disciple.blogspot.com
Living things include both the visible world of animals and plants , as well as the invisible world . On a basic level, we can say that life is ordered . Organisms have an enormously complex organization. We're all familiar with the intricate systems of the basic unit of life, the cell .

Life can also "work." No, not the daily employment variety, but living creatures can take in energy from the environment. This energy, in the form of food, is transformed to maintain metabolic processes and for survival.


​
Living things are made up of small self-contained units called cells. Each cell is a collection of living matter enclosed by a barrier that separates the cell from its surroundings. Most cells can perform all the functions we associate with life. Organisms consisting of only a single cell are called unicellular. Most of the organisms you are familiar with, however, are multicellular, meaning they are made up of many cells 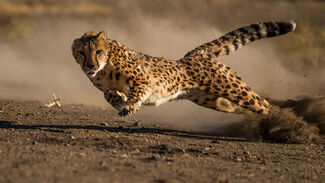 Although some organisms are pretty much immobile they will always have some level of self-powered movement, be it their entire body or particular body parts. Movement is evolutionarily important for organisms because it improves the chances of catching food or avoiding capture for both predator and prey. Organisms that aren’t able to move freely will usually have strong defenses against predation or prolific reproduction. All living things move in some way. This may be obvious, such as animals that are able to walk, or less obvious, such as plants that have parts that move to track the movement of the sun 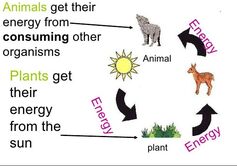 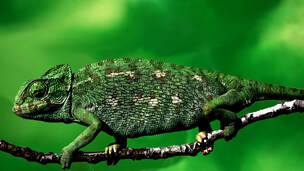 All living things are able to respond to stimuli in the external environment. For example, living things respond to changes in light, heat, sound, and chemical and mechanical contact. To detect stimuli, organisms have means for receiving information, such as eyes, ears, and taste buds.

To respond effectively to changes in the environment, an organism must coordinate its responses. A system of nerves and a number of chemical regulators called hormones coordinate activities within an organism. The organism responds to the stimuli by means of a number of effectors, such as muscles and glands. Energy is generally used in the process. 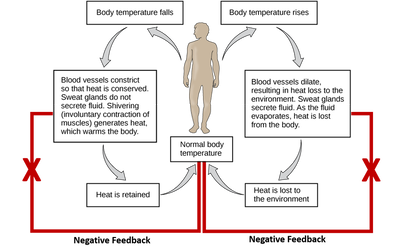 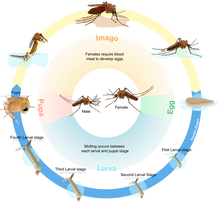 Life grows and develops . This means more than just getting larger in size. Living organisms also have the ability to rebuild and repair themselves when injured. Living organisms undergo regulated growth. Individual cells become larger in size, and multicellular organisms accumulate many cells through cell division. You yourself started out as a single cell and now have tens of trillions of cells in your body. Growth depends on anabolic pathways that build large, complex molecules such as proteins and DNA, the genetic material. All living things grow during some period of their lives.
When a living thing grows, it gets larger and then divides,
forming two cells.

When a multicellular organism grows, the number of cells in its body increases and the organism gets
bigger. Many living things don’t just get larger as they grow. They also develop and change. Humans pass through different stages as they mature from childhood to adulthood. During these stages, the human body changes. Frogs and butterflies have body shapes that look completely different during different stages of development.

A living thing has the ability to produce copies of itself by the process known as reproduction. These copies are made while the organism is still living. Among plants and simple animals, reproduction is often an extension of the growth process. More complex organisms engage in a type of reproduction called sexual reproduction, in which two parents contribute to the formation of a new individual. During this process, a new combination of traits can be produced.

Asexual reproduction involves only one parent, and the resulting cells are generally identical to the parent cell. For example, bacteria grow and quickly reach maturity, after which they split into two organisms by a process of asexual reproduction called binary fission. 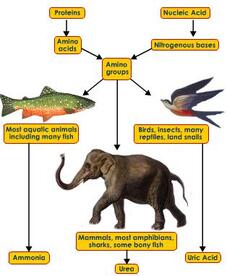 Excretion is the elimination of excess ions, water, and metabolic wastes from the body. As in all organisms, excretion in insects serves to promote the appropriate regulation (homeostasis) of the intracellular environment as the key to organismal well-being and survival 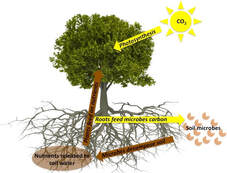 In order for organisms to survive they require food for energy and nutrients. Energy and nutrients are essential for growth, survival and reproduction. Many living things, such as animals, acquire nutrients by eating other organisms. Other organisms, such as plants, get food and nutrients from their environment. Plants use energy from the sun to convert carbon dioxide in the atmosphere into sugars and their roots absorb water and nutrients from the soil.
Describe the common features shared by  organisms within the following main groups. For each group describe examples and their  features as follows (details of life cycle and economic importance are not  required):
Plants - The plants (correctly, ‘green plants’) are all multicellular and are photosynthetic. This makes them autotrophic. Plants:
Animals - The animals are multicellular organisms that gain nutrition by digesting organic matter (heterotrophic). The animals:
Fungi - The fungi are a group of organisms in which the body consists of a mycelium – a network of strands called hyphae. The cytoplasm is surrounded by a wall of chitin and the cytoplasm is not divided into cells. It is multinucleate (has multiple  nuclei). The organisms of this kingdom:
Protoctists - The protoctists are eukaryotes. They are single-celled, except for a minority which are multicellular, Protoctists
Prokaryotes - 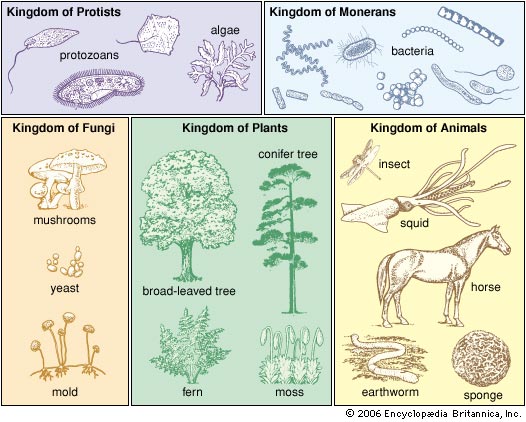 Describe the biological levels of organization
Living things have a level of complexity and organization not found in lifeless objects. At its most fundamental level, a living thing is composed of one or more cells. These units, generally too small to be seen with the naked eye, are organized into tissues. A tissue is a series of cells that accomplish a shared function. Tissues, in turn, form organs, such as the stomach and kidney. A number of organs working together compose an organ system. An organism is a complex series of various organ systems 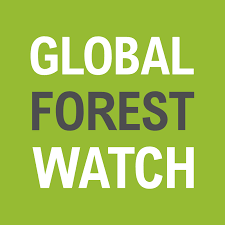 http://biology4alevel.blogspot.com/2014/08/16-summary-of-biological-molecules.html
​Molecules - Molecules are made of atoms, the smallest unit of chemical elements. They can be found in all matter, living and non-living. Molecules make up the most basic structures of living beings. Two biological disciplines that focus on this level are biochemistry and molecular biology 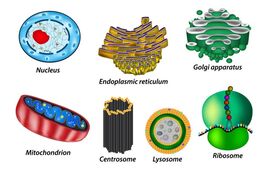 Organelles - Some cells contain aggregates of macromolecules surrounded by membranes; these are called organelles. Organelles are small structures that exist within cells.

​Examples of organelles include mitochondria and chloroplasts, which carry out indispensable functions: mitochondria produce energy to power the cell, while chloroplasts enable green plants to utilize the energy in sunlight to make sugars. 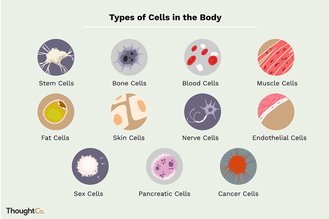 Cells - A cell is the basic unit of life. There are two kinds of cells: plant cells, which have a rigid cell wall made of cellulose molecules, and animal cells, which have flexible cell membranes. Cell biologists consider questions such as metabolism and other questions about structure and function within and between cells. some  organisms consist of a single cell and others are multicellular. Cells are classified as prokaryotic or eukaryotic. Prokaryotes are single-celled or colonial organisms that do not have membrane-bound nuclei or organelles; in contrast, the cells of eukaryotes do have membrane-bound organelles and a membrane-bound nucleus

https://openstax.org/books/anatomy-and-physiology/pages/4-1-types-of-tissues
Tissue - In larger organisms, cells combine to make tissues, which are groups of similar cells carrying out similar or related functions. Tissue is made of cells that work together to perform a certain task. 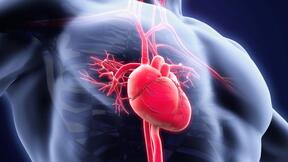 ​Organs - Organs are collections of tissues grouped together performing a common function. Organs are present not only in animals but also in plants.

The human body is made up of several organ systems that all work together as a unit to make sure the body keeps functioning. There are ten major organ systems in the body, each of which plays a different role in helping the body work.

In an organ, different tissues work together to carry out a particular function. These are the main organs, as well as their primary function: 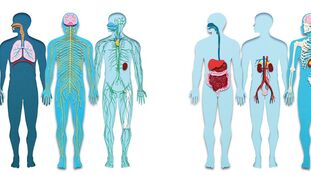 https://www.thoughtco.com/organ-systems-373571
Organ system - An organ system s a group of anatomical structures that work together to perform a specific function or task. Although we learn about each organ system as a distinct entity, the functions of the body's organ systems overlap considerably, and your body could not function without the cooperation of all of its organ systems. In fact, the failure of even one organ system could lead to severe disability or even death

The human body is composed of 11 different organ systems. These include the following: 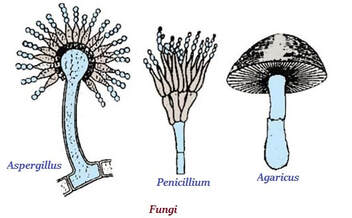 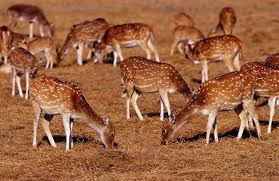 https://www.thoughtco.com/glossary-of-ecology-and-population-terms-130927
Population - All the individuals of a species living within a specific area are collectively called a population. For example, a forest may include many pine trees. All of these pine trees represent the population of pine trees in this forest. Different populations may live in the same specific area
Key Terms:
Class Material

​​​Correct use of terminology is a key skill in Biology. It is essential to use key terms correctly when communicating your understanding, particularly in assessments. Use the quizlet flashcards or other tools such as learn, scatter, space race, speller and test to help you master the vocabulary
Video Clips:
Life is difficult to define, but there are characteristics of life that can be explored! Join the Amoeba Sisters as they explore several characteristics of life. Click "show more" to expand video details to see table of contents & additional information
The Amoeba Sisters tour through the biological levels of organization: cells, tissues, organs, organ systems, organism, population, community, ecosystem, biome, biosphere!
Hank tells us the background story and explains the importance of the science of classifying living things, also known as taxonomy.
Explores classification in biology as well as taxonomy hierarchy: domain, kingdom, phylum, class, order, family, genus, and species with The Amoeba Sisters! This video also discusses the importance of scientific names and why classification can have major changes due to DNA and cell structure evidence.
Bill Nye brings us through the Life Cycle of Organisms