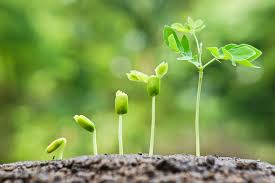 In the Growth in Plants unit we will learn how plants grow and develop from meristematic tissue. You will also learn how plant hormones such as auxins can affect this tissue by influencing gene expression. Last we will look at how the meristem of plants can be manipulated to grow whole plants in a  technique known as micropropagation.

​This unit will last 4 days
​Essential idea:
​Nature of science:
Understandings
9.3 U 1​ Undifferentiated cells in the meristems of plants allow indeterminate growth.
Meristem tissues in all plants consist of undifferentiated cells (meristematic cells) that generate new cells for plant growth. Plant growth is generally indeterminate, which means cells will continue to grow indefinitely
Many plant cells, even fully differentiated types, can generate whole new plants containing cells that are totipotent. This characteristic sets plants apart from most animals. Meristems are areas where growth occurs and are composed of undifferentiated cells undergoing active cell division. Apical meristems are at the tips of the roots and stems. They are responsible for primary growth of the plant. Lateral meristems are responsible for secondary growth (increasing the diameter and thickness of the plant). Dicot plants have apical (primary growth) and lateral (secondary growth) meristems. 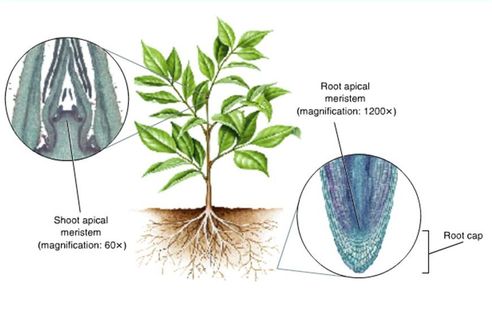 9.3 U 2 ​Mitosis and cell division in the shoot apex provide cells needed for extension
of the stem and development of leaves.
Cells in the meristems undergo mitosis repeatedly to produce new cells and growth in a plant. 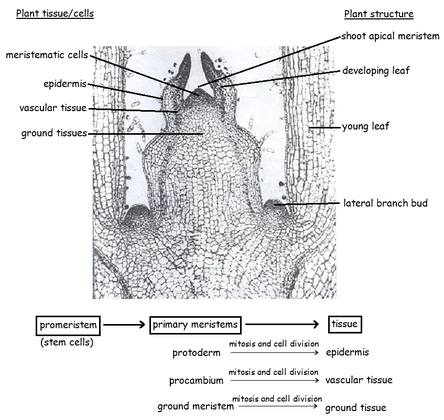 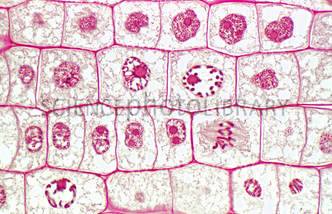 image from Science Photo Library
9.3 U 3 ​Plant hormones control growth in the shoot apex
Hormones are chemical messages produced and released by one part of an organism that has an effect in another location

9.3 U 4 ​Plant shoots respond to the environment by tropisms.
A tropism is growth or movement towards or away from an external stimulus, such as light, gravity or chemicals. 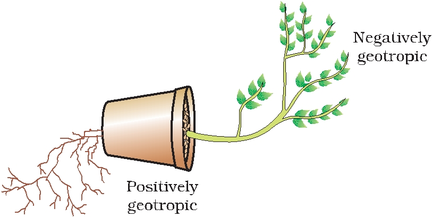 9.3 U 5 ​Auxin efflux pumps can set up concentration gradients of auxin in plant tissue.
​Auxins are plant hormones that promote positive phototropism in plants. Auxin only work on plant cells with auxin receptors and increase the flexibility of plant cell walls in developing shoots. This enables cell elongation on the side of the shoot necessary to cause growth towards the light

If the amount of sunlight is greater on one side of the plant, the phototropins trigger reactions that will cause the redistribution of auxin by efflux pumps to the dark side of the plant. High concentrations of auxins cause cells on the shaded side of the cell to swell and elongate. When auxin binds to a receptor in the nucleus , this activates a proton pump. The proton pump moves H+ ions into spaces in the cell wall, decreasing the pH. This results in the breaking of the hydrogen bonds between cellulose fibres, resulting in the swelling and elongation of these cells. As the cells elongate and swell on one side of the plant the stem starts to curve towards the light source because of this uneven growth. The plant now is growing towards the light source (phototropism). 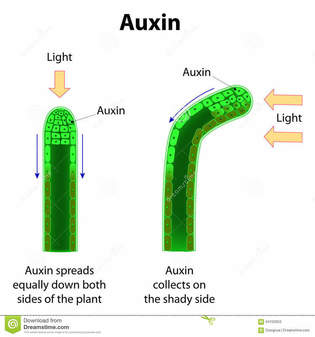 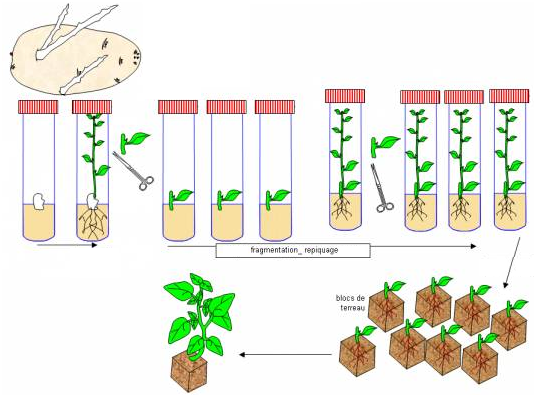 9.3 A 2 ​Use of micropropagation for rapid bulking up of new varieties, production of virus-free strains of existing varieties and propagation of orchids and other rare species.
Key Terms
Classroom Material

​Topic 9.3 Review
​​PowerPoint and Notes on Topic 9.3 by Chris Payne
​​​Correct use of terminology is a key skill in Biology. It is essential to use key terms correctly when communicating your understanding, particularly in assessments. Use the quizlet flashcards or other tools such as learn, scatter, space race, speller and test to help you master the vocabulary.
Useful Links

Lab-made hormone may reveal secret lives of plants - ScienceDaily, Jan 2018
Why plants are so sensitive to gravity: - ScienceDaily, May 2018
-Scientists discover hormone that helps plants sense drought - Japanese Times, April 2018
TOK
Video Clips
Do plants think?
Plant hormones, also known as plant growth factors, are chemical substances that accelerate, inhibit or otherwise affect growth.  This animation looks at how the action of indole-3-acetic acid (IAA), the most common form of auxin, works and how we discovered what auxins do.
Paul Andersen explains how plants use hormones to respond to their environment.  The following hormones are detailed; auxin, cytokinins, gibberelins, abscisic acid and ethylene.
Plants respond to a stimulus by growing. This reaction to stimulus is called tropism
Plants respond to a light which is called phototropism.
Reference sites