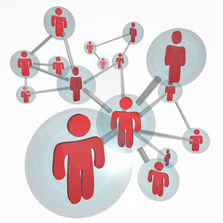 ​Genetic inheritance is a basic principle of genetics. It explains how characteristics are passed from one generation to the next.

Genetic inheritance occurs due to genetic material in the form of DNA being passed from parents to their offspring. When organisms reproduce, all the information for growth, survival and reproduction for the next generation is found in the DNA passed down from the parent generation.

Much of our understanding of inheritance began with the work of a monk by the name of Gregor Mendel. His experiments and ‘Laws of Inheritance’ provide the foundations for modern genetic.

Certain rules can be established:

image from ChemistryConcept
3.4.U3 ​The two alleles of each gene separate into different haploid daughter nuclei during meiosis.​  (Oxford Biology Course Companion page 171).​
3.4.U4 ​Fusion of gametes results in diploid zygotes with two alleles of each gene that may be the same allele or different alleles. (Oxford Biology Course Companion page 171)​
Gametes are haploid, meaning they only possess one allele for each gene
​
For any given gene, the combination of alleles can be categorised as follows:
3.4.U5​ Dominant alleles mask the effects of recessive alleles but co-dominant alleles have joint effects. (Oxford Biology Course Companion page 172).​
Dominant alleles mask the effects of recessive alleles and are expressed in the phenotype
For example, if B is dominant for brown hair color and little b is recessive for blonde hair colour, an individual that is BB (homozygous dominant) will have brown hair.
If the individual has the genotype Bb (heterozygous), they will also have brown hair, as the dominant B is masking the expression of b
If the individual has the genotype bb (homozygous recessive), that person will have blonde hair
3.4 U6 ​Many genetic diseases in humans are due to recessive alleles of autosomal genes, although some genetic diseases are due to dominant or co-dominant alleles. (Oxford Biology Course Companion page 177).​
Many genetic diseases are caused by recessive alleles contained on the autosomal chromosomes (chromosome 1-22). The disease would only be expressed if an individual has two recessive alleles (i.e. aa). If an individual has one of the dominant alleles (i.e. Aa), they will not show symptoms of the disease. These people are known as carriers. They can pass this allele on to their offspring.

If the other parent is also a carrier then their offspring have a 25% chance of getting the disease. A small number of diseases are co-dominant, such as sickle cell anemia which was studied in 3.1. HAHA – do not have sickle cell anemia, HAHS – mild anemia, HSHS – severe anemia. An example of a recessive genetic disease is cystic fibrosis and a dominant disease is Huntington’s Disease
3.4.U7 ​Some genetic diseases are sex-linked. The pattern of inheritance is different with sex-linked genes due to their location on sex chromosomes. (Oxford Biology Course Companion page 183)​
3.4.U8 ​Many genetic diseases have been identified in humans but most are very rare. (Oxford Biology Course Companion page 179).
3.4.U9 Radiation and mutagenic chemicals increase the mutation rate and can cause genetic diseases and cancer
​This is in general why you don't expose yourself to gamma rays and dangerous chemicals.
Application
3.4.A1 ​Inheritance of ABO blood groups  (Oxford Biology Course Companion page 174).​
ABO Blood Typing Animation

Cystic fibrosis is a autosomal recessive disease caused by an allele of the CFTR gene on chromosome 7
The CFTR gene codes for a chloride ion channel protein that transports chloride ions into and out of cells. Chloride is a component of sodium chloride, a common salt found in sweat. Chloride also has important functions in cells; for example, the flow of chloride ions helps control the movement of water in tissues, which is necessary for the production of thin, freely flowing mucus.
Mutations in the CFTR gene disrupt the function of the chloride channels, preventing them from regulating the flow of chloride ions and water across cell membranes. As a result, cells that line the passageways of the lungs, pancreas, and other organs produce mucus that is unusually thick and sticky. This mucus clogs the airways and various ducts, causing the characteristic signs and symptoms of cystic fibrosis

Chernobyl, on the other hand, had far-reaching environmental effects. Pine trees in a 4 square kilometer area from the reactor turned brown and died. Horses and cattle near the plant died due to damage in their thyroid glands, there was an accumulation of radioactive caesium in fish as far away as Germany. 6000 cases of thyroid cancer have been linked to the accident, however, there is no clearly demonstrated increase in leukemia and other "solid cancers. However, animal life has started to thrive in the area because humans can't live there. 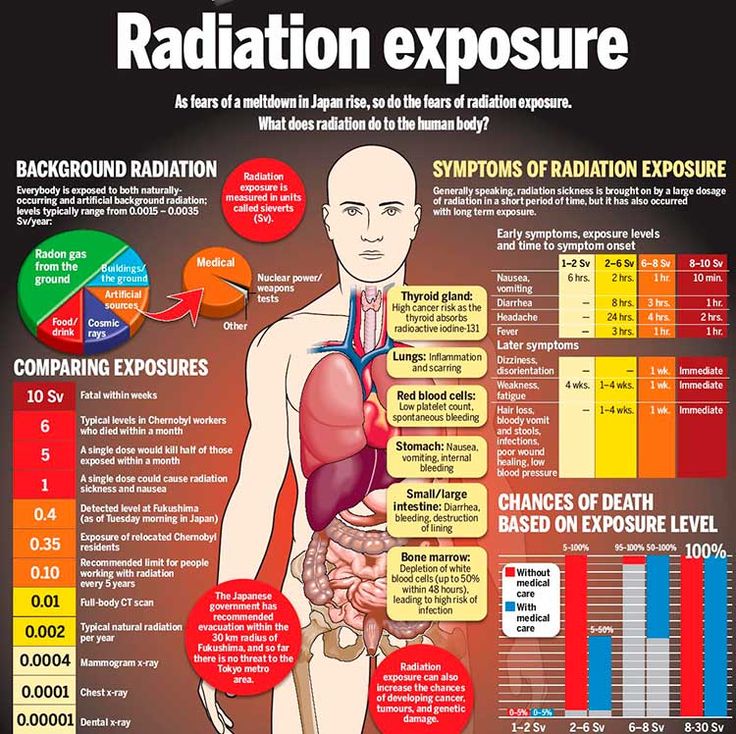 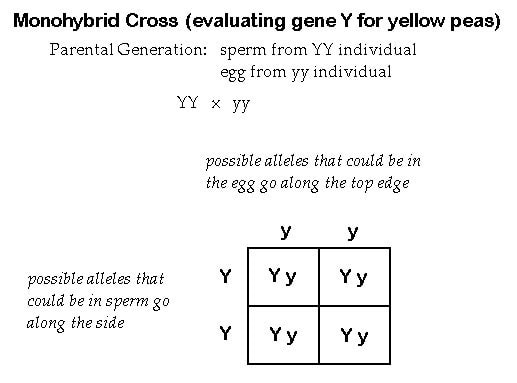 3.4.S2 ​Comparison of predicted and actual outcomes of genetic crosses using real data.  (Oxford Biology Course Companion page 175).​
3.4.S3 ​Analysis of pedigree charts to deduce the pattern of inheritance of genetic diseases. (Oxford Biology Course Companion page 181)​
​Pedigree charts or diagrams display all of the known genotypes for an organism such as humans and their ancestors 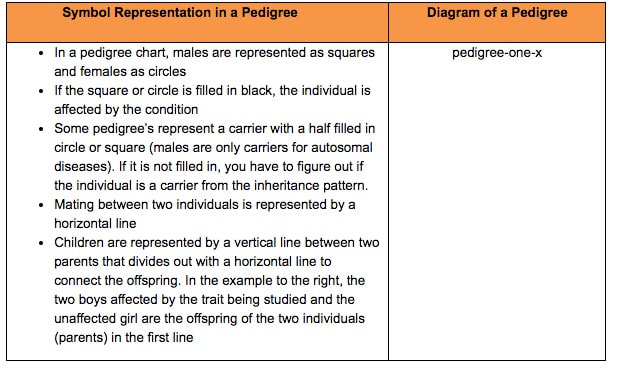 The pedigree above most likely displays an x-linked recessive disease because the mother is a carrier, and she gives the allele to her two sons but not her daughter. The daughter could have inherited the allele carrying the trait being studied. However, one can see in the 3rd generation, the boy does not have the trait. Since he does not have the trait, she probably did not inherit the affected allele. You would have to look to the next generation to get a better idea if the daughter was a carrier or not.

For co-dominance, the main letter should relate to the gene and the suffix to the allele; both upper case. For example, Roan horses that are co-dominant could be represented as RB and Rw, respectively. For sickle-cell anemia, HbA is normal and Hbs is sickle cell.
Key Terms:
Class Materials:

​Topic 3.4 Review
Powerpoint and Notes on Topic 3.4 from Chris Payne
​​​​​​​​​​​Correct use of terminology is a key skill in Biology. It is essential to use key terms correctly when communicating your understanding, particularly in assessments. Use the quizlet flashcards or other tools such as learn, scatter, space race, speller and test to help you master the vocabulary.

You do not need to know about the Chi Squared test for the IB exams, but it can be useful in investigations of phenotype ratios, so here is how to do it. There is a Chi-Squared calculator in our IBDP Bio Excel StatBook.

TOK
Video Clips
Hank brings us the story of Gregor Mendel, the Austrian monk who, with the help of a garden full of pea plants, discovered the fundamental properties of inheritance and paved the way for modern genetics. He also gives us the dirt on a scientific scandal that has followed Mendel beyond the grave.
Each father and mother pass down traits to their children, who inherit combinations of their dominant or recessive alleles. But how do we know so much about genetics today? Hortensia Jiménez Díaz explains how studying pea plants revealed why you may have blue eyes.
Paul Andersen reviews the concepts discovered by Gregor Mendel.
In this video Paul Andersen describes genetics at the chromosomal level. He begins with a simple monohybrid cross as viewed through Mendelian genetics and then shows how genes are distributed through meiosis to possible gametes. This is following by a dihybrid cross and a cross that shows gene linkage
Paul Andersen explains how linked genes behave and how linked genes were discovered.  He shows how linked genes would be reflected in a dihybrid cross using a fruit fly simulator.  He uses chromosome-based punnett squares to explain why the frequency of recombination is less that 50%.  The actual crosses discovered by Thomas Morgan and Alfred Sturtevant are included.
​Hank talks about population genetics, which helps to explain the evolution of populations over time by combing the principles of Mendel and Darwin, and by means of the Hardy-Weinberg equation.
Basic math tells us that all humans share ancestors. But you’ll be amazed at how recently those shared ancestors lived. Thanks to genetic data in the 21st century, we’re even discovering that we really are all descended from one mother.
Reference sites