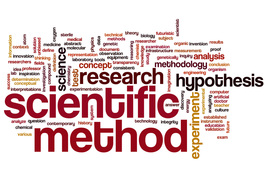 Science is a systematic and logical approach to discovering how things in the universe work. It is also the body of knowledge accumulated through the discoveries about all the things in the universe. The scientific method is the process by which scientists, collectively and over time, endeavor to construct an accurate (that is, reliable, consistent and non-arbitrary) representation of the world.
​
Recognizing that personal and cultural beliefs influence both our perceptions and our interpretations of natural phenomena, we aim through the use of standard procedures and criteria to minimize those influences when developing a theory.
Steps of the Scientific Method
A few other terms you may need to know:         Controlled variables are quantities that a scientist wants to remain constant, and she must observe them as                carefully as the dependent variables. 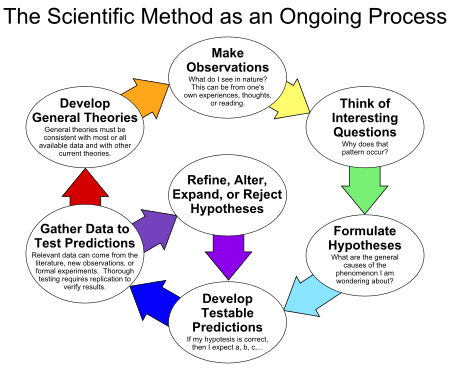