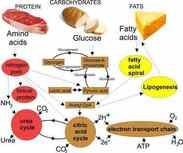 image from http://www.worldofchemicals.com/
In the Molecules to Metabolism unit students are introduced to the major  classes of biologically important molecules and the types of reactions  used to build and break apart those molecules

The unit is  planned to take 1 school days. 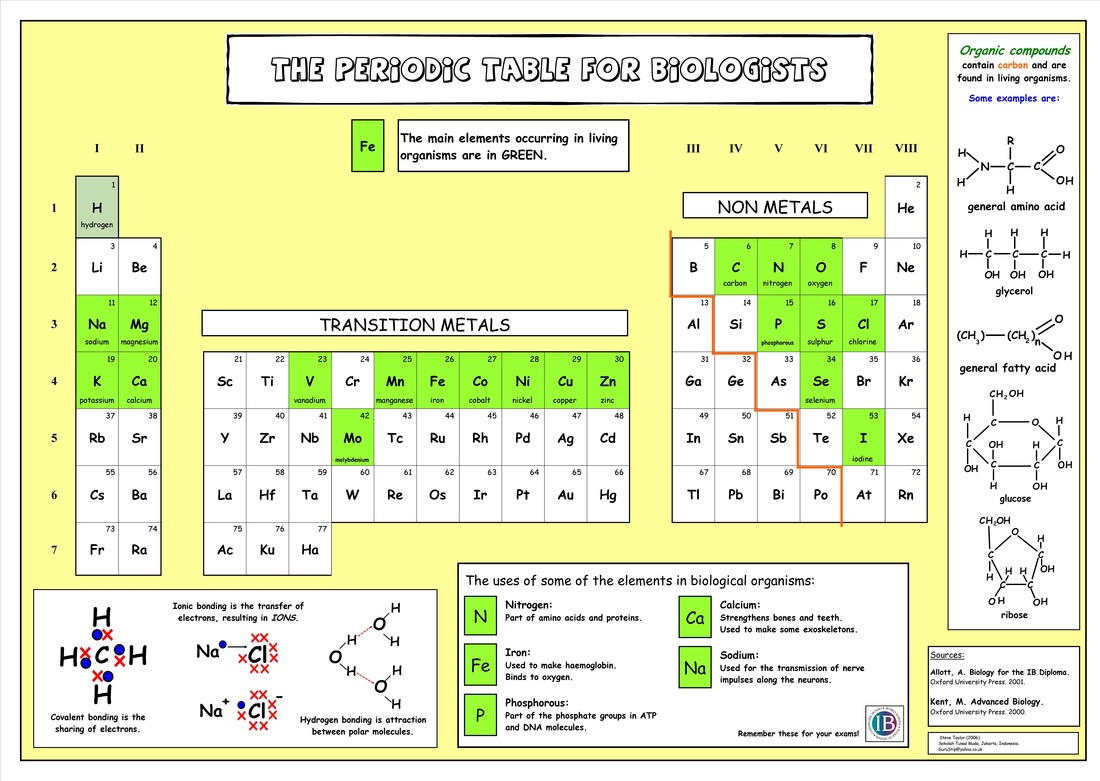 ​Essential idea:
​​Nature of science:
​Understandings:
​2.1 U.1 Molecular biology explains living processes in terms of the chemical ​substances involved (Oxford Biology Course Companion page 62).​
Molecular biology involves the explaining of biological processes from the structures of the molecules and how they interact with each other. There are many molecules important to living organisms including​
​Biological processes are regulated by enzymes, whose expression is controlled by gene activation. The relationship between genes and proteins are important in the regulation of system functions. Molecular biologists break down biochemical processes into their component parts known as reductionism. When they look at the sum of all these reactions as a whole, they can study the emergent properties of that system.

Systems biology focuses on complex interactions within biological systems, using a more holistic perspective approach to biological and biomedical research and how these interactions give rise to the function and behavior of that system. Reductionist thinking and methods form the basis for many of the well-developed areas of modern biology. This implies the study of areas that make up smaller spatial scales and is very specific and specialized. 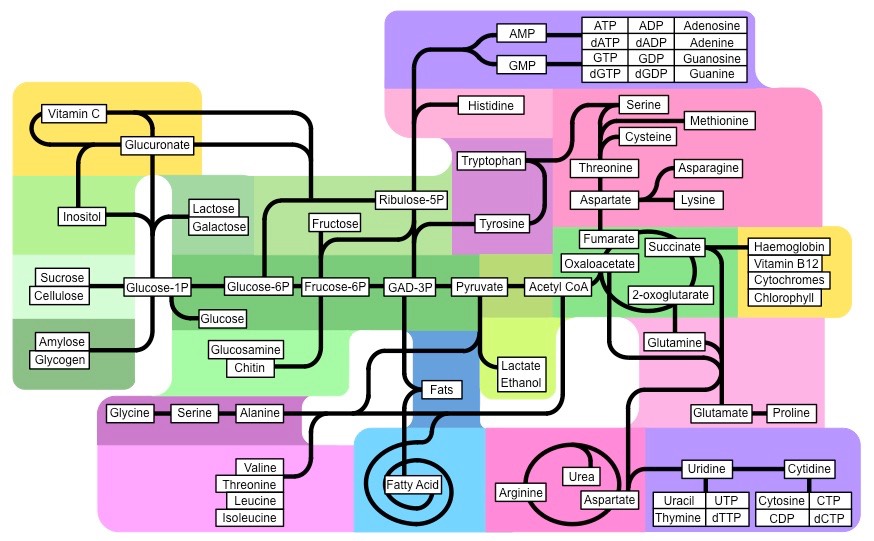 image from bioninja.com
​​2.1 U.2 Atoms can form four covalent bonds allowing a diversity of stable compounds to exist. (Oxford Biology Course Companion page 64).​
An organic compound is a compound that contains carbon and is found in living things. Carbon is very unique in its bonding properties. The most important is its ability to form long chains of carbon. No other element can bond in this way.

Carbon has an extremely carbon-carbon bond.  This allows carbon to make up many of the basic building blocks of life (fats, sugars, etc).  Since carbon-carbon bonds are strong and stable, carbon can form an almost infinite number of compounds

​ ​2.1 U.4 Metabolism is the web of all the enzyme-catalysed reactions in a cell or organism. (Oxford Biology Course Companion page 66)​
Metabolism is the sum of all chemical reactions that occur in living organisms. Metabolism describes the totality of chemical reactions that occur within a living organism in order to maintain life These reactions are catalyzed by enzymes and allow organisms to grow and reproduce, maintain their structures, and respond to their environments. Many of these reactions occur in the cytoplasm, but some are extracellular including digestion and the transport of substances into and between different cells.

Enzymes are used to speed up the process of breaking down things (e.g.: pepsin and trypsin help break down proteins as you go through catabolic metabolism, starting from your long peptide chain all the way down to its building blocks, the amino acids. 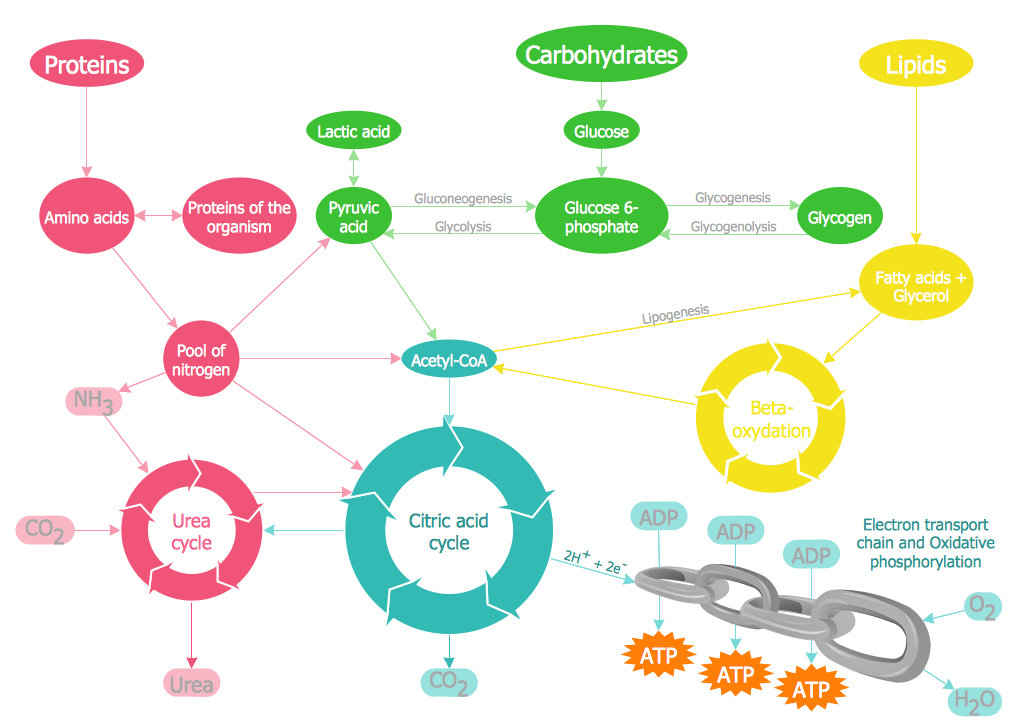 Anabolic reactions require energy as you are building large molecules from small ones (takes energy to build things). Some anabolic processes are protein synthesis,
If you can’t remember which one is which, think anabolic steroids are used to build muscles in athletes and bodybuilders and catapults are used to break down walls in wars.

Condensation is a chemical process by which 2 molecules are joined together to make a larger, more complex, molecule, with the loss of water. It is the basis for the synthesis of all the important biological macromolecules (carbohydrates, proteins, lipids, nucleic acids) from their simpler sub-units. 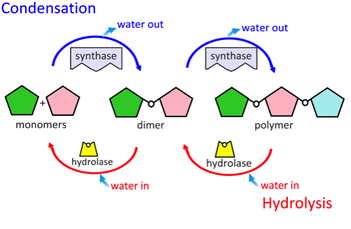 Examples of catabolic reactions are digestion of food, cellular respiration, and break down of carbon compounds by decomposers 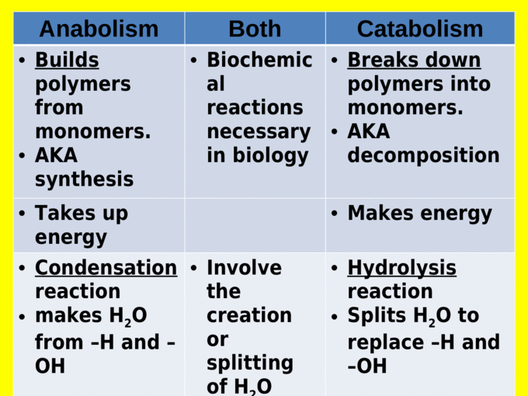 Applications:
2.1.A1 Urea as an example of a compound that is produced by living organisms but can also be artificially synthesized. (Oxford Biology Course Companion page 62).​
Urea is a component of urine which is produced when there is an excess of amino acids in the body; way to secrete nitrogen. A series of enzyme catalyzed reactions produce urea in the liver, where it is transported by the blood to the kidney, where it is filtered out and excreted in the urine.

Urea can be produced artificially through different chemical reactions; however, the product is the same.
Urea is mainly used as a nitrogen source in fertilizer
In 1828, Friedrich Wöhler, a German physician and chemist by training, published a paper that describes the formation of urea, known since 1773 to be a major component of mammalian urine, by combining cyanic acid and ammonium in vitro. In these experiments the synthesis of an organic compound from two inorganic molecules was achieved for the first time. These results weakened significantly the vitalistic hypothesis on the functioning of living cells, Vitalism was a doctrine that dictated that organic molecules could only be synthesised by living systems. It was believed that living things possessed a certain “vital force” needed to make organic molecules. Organic compounds were thought to possess a non-physical element lacking from inorganic molecules.
Skills:
2.1.S1 Drawing molecular diagrams of glucose, ribose, a saturated fatty acid and a generalized amino acid.  (Oxford Biology Course Companion page 65).​ 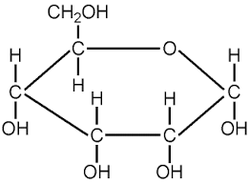 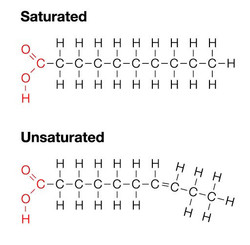 The structure of complex carbohydrates may vary depending on the composition of monomeric subunits.
Polysaccharides may differ according to the type of monosaccharide they possess and the way the subunits bond together. The generalized formula for carbohydrates is CH2O. All carbohydrate contain C, H and O

Glucose monomers can be combined to form a variety of different polymers – including glycogen, cellulose and starch

Lipids contain C, H and O as well, but in different ratios and much less O then carbohydrates.

Lipids can be roughly organised into one of three main classes:

The fusion of two amino acids creates a dipeptide, with further additions resulting in the formation of a polypeptide chain. The subsequent folding of the chain depends on the order of amino acids in a sequence (based on chemical properties) 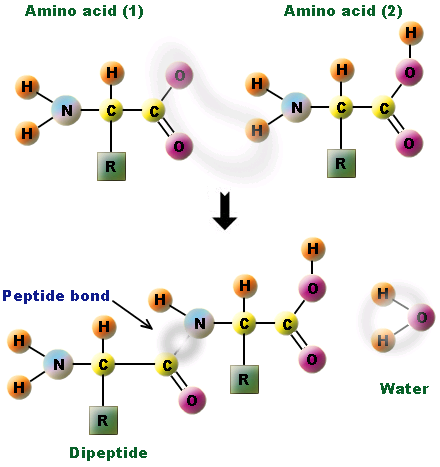 ​Nucleic Acids
There are two varieties:  ribonucleic acid,  or RNA, and deoxyribonucleic acid, or DNA.  These polymers are long chains of components called bases, of which there are only five types.  RNA is a single-strand molecule;  DNA is a spiral of two cross-connected strands.

In DNA, two complementary chains will pair up via hydrogen bonding between nitrogenous bases to form double strands. This double stranded molecule may then twist to form a double helical arrangement

Topic 2.1 Review notes
​
Topic 2.1 Kahoot Review Quiz
Powerpoint and Notes on Topic 2.1 from Chris Payne
​Correct use of terminology is a key skill in Biology. It is essential to use key terms correctly when communicating your understanding, particularly in assessments. Use the quizlet flashcards or other tools such as learn, scatter, space race, speller and test to help you master the vocabulary.

Video Clips:
Infographics animated video simplifying the role of Systems Biology in biological research. produced for the Weizmann Institute of Science
​And thus begins the most revolutionary biology course in history. Come and learn about covalent, ionic, and hydrogen bonds. What about electron orbitals, the octet rule, and what does it all have to do with a mad man named Gilbert Lewis? It's all contained within
Hank talks about the molecules that make up every living thing - carbohydrates, lipids, and proteins - and how we find them in our environment and in the food that we eat.
​Paul Andersen describes the four major biological molecules found in living things. He begins with a brief discussion of polymerization. Dehydration synthesis is used to connect monomers into polymers and hydrolysis breaks them down again. The major characteristics of nucleic acids are described as well as there directionality from 3' to 5' end. Protein structure is describes as well as the structure of its monomers; amino acids. The carboxyl and amino ends of a protein are described. The major groups of lipids are included with a brief discussion of saturated, unsaturated and trans fats. Finally carbohydrates and their sugar monomers are discussed.
​Paul Andersen describes the macromolecules that make up living organisms. He starts with a brief description of organic chemistry and the importance of functional groups. He also covers both dehydration and hydrolysis in polymerization. He finally covers the four major macromolecules: nucleic acids, proteins, lipids and carbohydrates.
Updated video on biomolecules (macromolecules): carbohydrates, lipids, proteins, and nucleic acids by the Amoeba Sisters including examples, functions, monomers, and structures.
​Paul Andersen begins by explaining the structure and purpose of carbohydrates. He describes and gives examples of monosaccharides, disaccharides, oligosaccharide and polysaccharides. He explains how they grow through dehydration reactions and shrink through hydrolysis
​In this video Paul Andersen describes the lipids (of the fats). He explains how they are an important source of energy but are also required to cell membranes. He explains how the hydrocarbon tails in triglycerides contain energy available for life. He also explains how phospholipids construct, and cholesterol molecules main the cell membrane.
​Paul Andersen explains the structure and importance of proteins. He describes how proteins are created from amino acids connected by dehydration synthesis. He shows the importance of chemical properties in the R-groups of individual amino acids in the polypeptide. He explains the four levels of protein folding and gives you an opportunity to fold proteins of your own using the game Foldit:
Paul Andersen explains the importance and structure of nucleic acids. He begins with an introduction to DNA and RNA. He then describes the important parts of a nucleotide and shows how they are connected through covalent and hydrogen bonding.
In 1828, Fredric Wohler heated an inorganic salt (ammonium cyanate) and produced urea
Reference sites