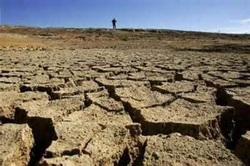 Image from www.denichsoiltest.com
We tend to take the soil around us for granted. It is much more than mud, clay or dirt. All the food that we consume depends ultimately upon soil. Plants grow and depend on the soil. We either eat plants that grow directly in the soil or the animals that eat the plants.
Soils are the part of the lithosphere where life processes and soil forming processes both take place.

In this unit we will look at the soil system, soil water, soil formation and the consequences of soil degradation.


​This unit is a minimum of 3 hours.
Significant Ideas:
Big questions:
Knowledge & Understanding:
5.3.U1 Soil ecosystems change through succession. Fertile soil contains a community of organisms that work to maintain functioning nutrient cycles and that are resistant to soil erosion.
Soil is vital for our human well-being. It is required for food production and is essential in the nutrient cycle. It can help to filter water and act as a major carbon sink. It is a dynamic living system comprising of millions of micro-organisms of bacteria and fungi. Soils provide a medium for plants to anchor themselves and grow. Fertile soils contain nutrients and water necessary for healthy plant growth. Soils are important in recycling matter and are integral to the nutrient cycles, such as the carbon and nitrogen cycle.

​The amount of time required for soil formations varies from soil to soil. Some soils develop more quickly than others. Phases of erosion and deposition also keep soils in a changing state.

Soils which provide a good growing medium for plants contain: 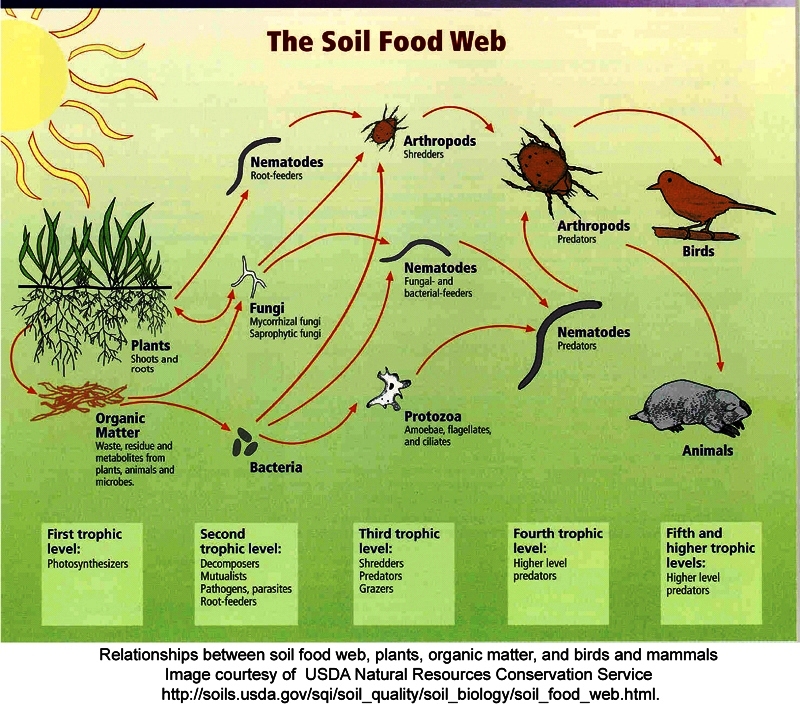 5.3.U2 Human activities that can reduce soil fertility include deforestation, intensive grazing, urbanization and certain agricultural practices (such as irrigation and monoculture). 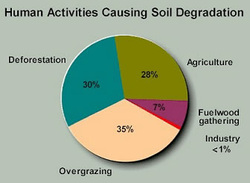 image from www.uwec.edu
Human activities such as overgrazing, deforestation, unsustainable agriculture and irrigation cause processes of degradation. These include soil erosion, toxification and salinization. Desertification (enlargement of deserts through human activities) can be associated with this degradation. 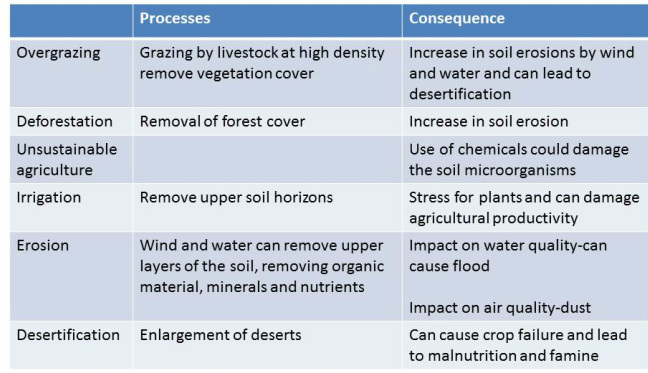 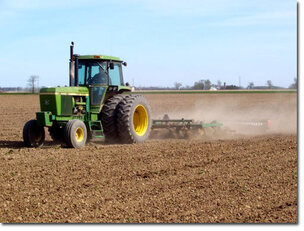 ​A significant amount of chemical and energy input is required in  commercial and industrialized food production systems. This is achieved through the application of synthetic chemicals, genetically modified organisms, and a number of other industrial products. This method usually alters the natural environment, deteriorates soil quality, and eliminates biodiversity. The goal of commercial and industrialized food production systems is to maximize the potential yield of crops..  In maintaining a conventional system, biodiversity, soil fertility, and ecosystems health are compromised.

Overgrazing occurs when too many animals graze in the same area

Over cropping depletes soil nutrients and makes the soil friable

Deforestation causes soil to be more prone to erosion

​Sustainable agriculture is a more holistic approach to farming than conventional in that it relies on ecological processes, biodiversity and cycles adapted to local conditions, rather than the use of inputs with adverse effects  Sustainable agriculture is a natural way to produce food and has a number of social, economic, and environmental benefits.
5.4.U4 Reduced soil fertility may result in soil erosion, toxification, salinization and desertification.​ 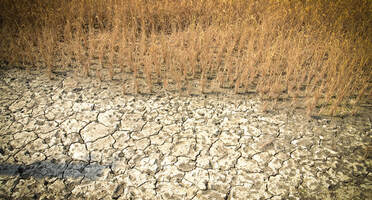 https://ensia.com/features/salinization-salt-threatens-soil-crops-ecosystems/
Many poor farming and forestry operations encourage erosion. Erosion accelerates when sloping land is ploughed and when grass is removed from semi-arid land to begin dry-land farming. It accelerates when cattle, sheep and goats are allowed to overgraze and when hillside forests are felled or cut indiscriminately. While there are isolated instances of deserts being reclaimed by irrigation or of new forests being planted, man, in the majority of instances, degrades the soil when he begins agricultural operations.

Poor management practices can also lead to low organic matter. This will result in poor water infiltration, poor water drainage, saturated soil, or compaction. These practices will limit the ability of water to infiltrate the soil causing an increase in the soil salinity  and the soil’s ability to buffer salt.

Desertification is the accumulated result of ill-adapted land use and the effects of a harsh climate. Human activities that represent the most immediate causes are:
Due to the lack of alternative survival strategies, farmers tend to relentlessly exploit natural resources (food crops, water for drinking and washing, firewood) to the point that they are often over-exploited and cannot regenerate naturally. Soil nutrients and organic matter begin to diminish as intensive agriculture removes quantities of nutrients greater than the soil’s natural regeneration capacities. As a consequence, the soil is unable to recover, as it does during fallow periods, resulting is an ever-increasing spiral of environmental degradation and poverty, the principal causes of desertification. 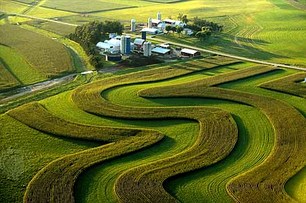 image from kids.britannica.com
Strategies for combating soil degradation is not so common or widespread and to reduce this risk farmers are encouraged and informed about the processes and conservation methods.

Farmers are in the need of beginning with extensive management practices like organic farming, afforestation, pasture extension, and benign (gracious) crop production. However to make this work policies need to be put into place.

Application & Skills
5.3.A1 Explain the relationship between soil ecosystem succession and soil fertility.
Fertile soils develop over a long time. This time is not a causative factor in determining fertile soils. It does not cause soils to change but allows processes to operate. The amount of time required for soil formation varies from soil to soil

​First, lichens, which grow on rock, appear in a destroyed region. The lichens help break down the rock. Then, as lichens die and decompose, and weathering breaks apart rock, soil begins to form. As soil becomes richer, small plants like mosses and ferns appear, and the lichens start to disappear. The soil continues to become richer as plants continue to die and decompose, and flowering plants and grasses appear, bringing insects to the region. In time, shrubs and small trees cover the region, creating a suitable habitat for reptiles, birds, and mammals. As the shrubs and trees grow, smaller plants die from lack of sunlight and add more organic material to the soil. Eventually, the shrubs and trees die because taller trees cover the region. This all happens gradually over a long period of time. 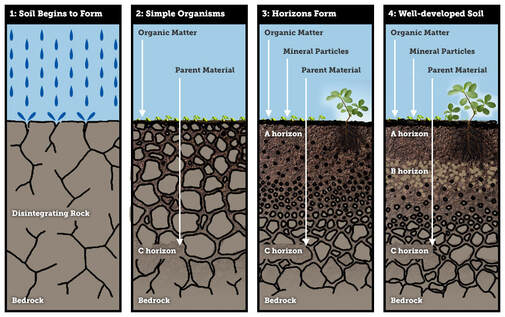 https://socratic.org/questions/how-can-primary-succession-lead-to-soil-formation
5.3.A2 Discuss the influences of human activities on soil fertility and soil erosion.
Soil is a non-renewable resource that once it is eroded it is not renewed.  Soil erosion is the permanent change of the main characteristics of soil that could see it lose its fertility, pH, color, humus content or structure.  Soil erosion occurs naturally by wind or harsh climatic conditions but human activities include overgrazing, overcropping and deforestation.

Overgrazing occurs when farmers stock too many animals such as sheep, cattle or goats on their land.  The animals damage the soil surface by eating the vegetation and either digging into wet soil or compacting dry soil with their hooves.

Overcropping is when the land is being continuously under cultivation and is not allowed to lie fallow between crops.  This constant farming of the land reduces the soils ability to produce valuable humus for soil fertility as it is constantly being plowed or stripped for crop growth.  The soil becomes drier and less fertile.

Deforestation is the cutting down of large areas of forests leaving an open, exposed landscape.  Deforestation occurs for many reasons such as the sale of wood, charcoal or as a source of fuel, while cleared land is used as pasture for livestock, plantations of commodities, and settlements. The removal of trees without sufficient reforestation has resulted in damage to habitat, biodiversity loss and aridity (drying of soil).

Monoculture leads to soil exhaustion. These lost nutrients are replaced by the use of chemical and organic fertilizers bu are expensive. 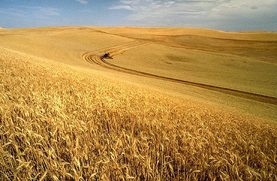 image from en.wikipedia.org
The North American Prairies and Commercial Farming

The problems occurred were increasing salinity, soil erosion and loss of soil fertility. Farmers managed to reduce salinity and erosion, to reduce salinity summer fallowing or leaving bare soil for long periods were stopped or reduced. Snow fences or barriers enabled snowdrifts to pile up which provide water then they melt in.

And to reduce erosion is used contour ploughing- along the contour lines instead of up and down slopes traps soil and water. Strip Cropping – growing as flax and tall wheatgrass at right angles to the wind. 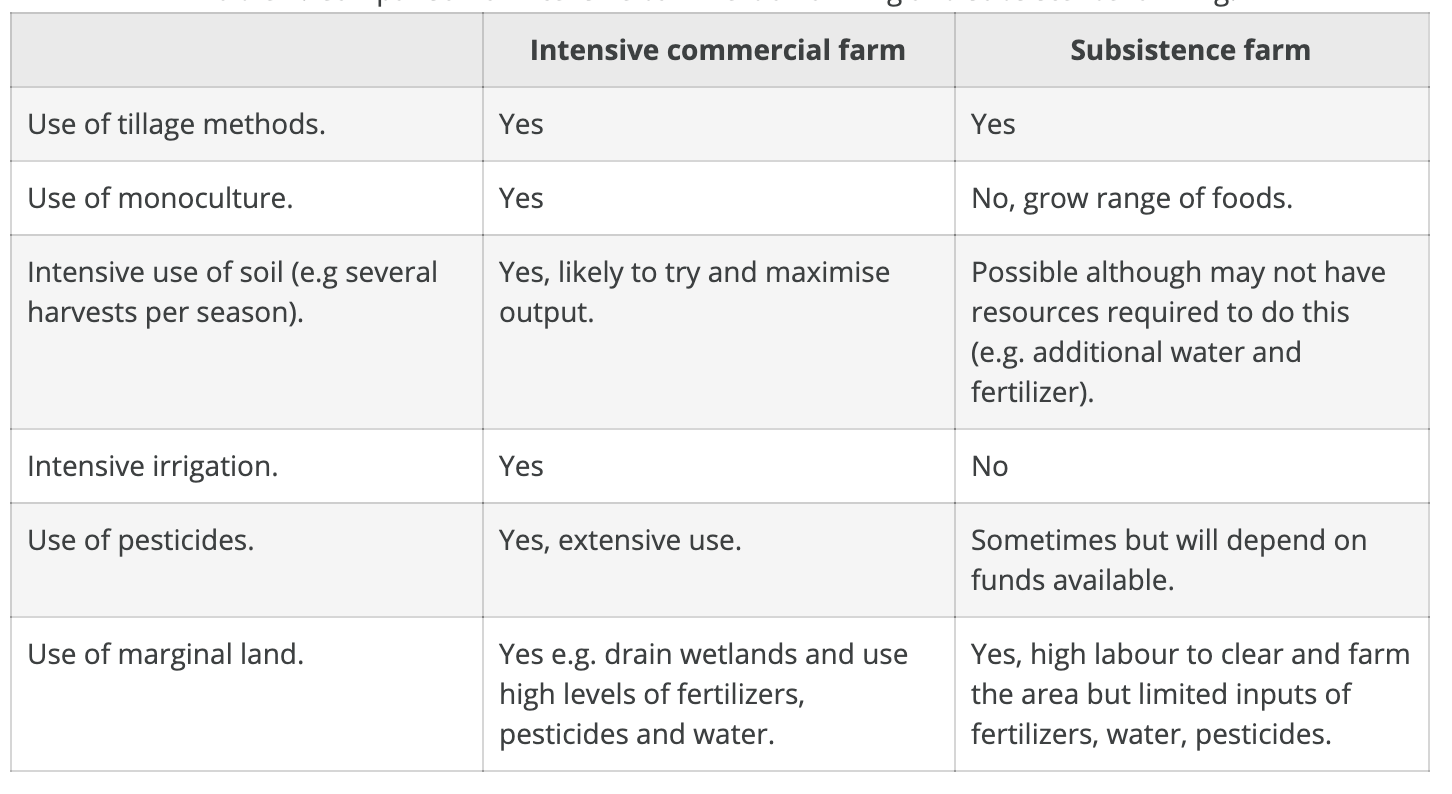 Case Studies
Great Plains of North America.
East Anglia UK - Lynford Hall Farm
Zimbabwe Soil Erosion
Powerpoint and Notes Adapted from Brad Kremer and Masfar
​​​​Correct use of terminology is a key skill in ESS. It is essential to use key terms correctly when communicating your understanding, particularly in assessments. Use the quizlet flashcards or other tools such as learn, scatter, space race, speller and test to help you master the vocabulary.
Useful Links

International-mindedness:
Theory of knowledge:
Video Clip
​An animated introduction to soils functions and threats.
​The ELD initiative produced a short information film on the importance of the economics of Land Degradation.
​The Orinoco Basin extends across Veneuela and Colombia. The river's delta is covered with tropical rain forest. For many years now, colossal palm oil plantations have been encroaching on this forest. But the forest floor is relatively poor in nutrients and rich in oxygen, making it unsuitable for monocultures.
Our systems are in trouble
​Contrary to popular perception, desertification is not the loss of land to desert or through sand-dune movement. It refers to land degradation resulting from climatic variations and human activities.
It is not a natural process; it is the result of mankind's actions.
​The plan to build a five thousand mile band of trees across the Africa begins in Senegal, where trees are already being planted.
A brief climate change video essay that looks at why the issue of soil degradation matters. Specifically, I look at how we've arrived at such poor soil conditions as a result of modern industrial agricultural practices and why this issue is important when facing climate change.
A film about the problem of soil erosion and degradation around Lake Bogoria, Kenya
Combating soil erosion is a common practice for farmers utilizing filter strips, notill, and other conservation procedures. See how farmers are making a difference for the environment
"Desertification is a fancy word for land that is turning to desert," begins Allan Savory in this quietly powerful talk. And terrifyingly, it's happening to about two-thirds of the world's grasslands, accelerating climate change and causing traditional grazing societies to descend into social chaos. Savory has devoted his life to stopping it. He now believes -- and his work so far shows -- that a surprising factor can protect grasslands and even reclaim degraded land that was once desert
In 1931 the rains stopped and the black blizzards began.