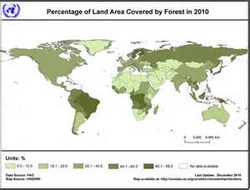 image from unstats.un.org
Statistical Analysis is used to calculate mean and standard deviation, t-Test, and correlation between data sets. We do not cover this as a specific unit, however, the information will be incorporated into our curriculum as well your Internal Assessments. This information has been modified from the old IB Biology curriculum.
​Correlation and Causation
One of the most common errors we find is the confusion between correlation and causation in science. In theory, these are easy to distinguish — an action or occurrence can cause another (such as smoking causes lung cancer), or it  can correlate with another (such as smoking is correlated with  alcoholism).  If one action causes another, then they are most certainly correlated.  But just because two things occur together does not mean that one caused the other, even if it seems to make sense.
​
Correlation describes the strength and direction of a linear relationship between two variables

Causation describes the relationship between two variables, where one variable has a direct effect on another

Correlation does not automatically indicate causation – just because two variables change in relation to one another, does not mean they are linked

E.g. CO2 levels and crime have both risen, but CO2 levels don't cause crime
Mean
​The sum of all the data points divided by the number of data points.
Measure of central tendency for normally distributed data.
DO NOT calculate a mean from values that are already averages.
DO NOT calculate a mean when the measurement scale is not linear (i.e. pH units are not measured on a linear scale 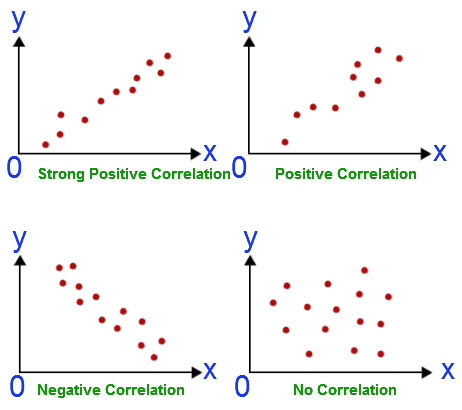 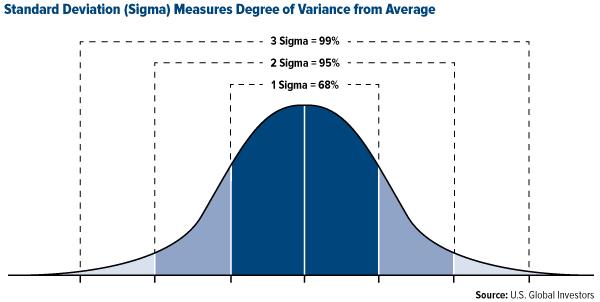 How to Calculate the Standard Deviation:
​ 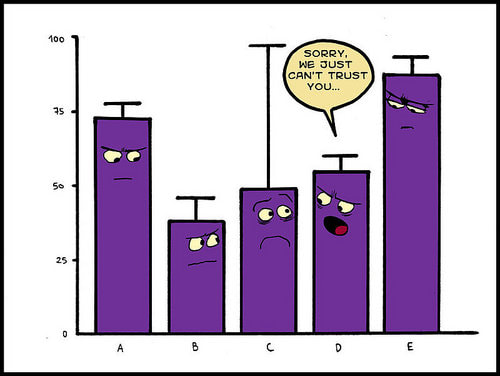 Student t-Test
​The Student’s t-test is a statistical test that compares the mean and standard deviation of two samples to see if there is a significant difference between them.  In an experiment, a t-test might be used to calculate whether or not differences seen between the control and each experimental group are a factor of the manipulated variable or simply the result of chance.

​The T-test is a test of a  statistical significant difference between two groups.  A "significant difference" means that the results that are seen are most likely not due to chance or sampling error.  In any experiment or observation that involves sampling from a population, there is always the possibility that an observed effect would have occurred due to sampling error alone.  But if result is "significant,"  then the investigator may conclude that the observed effect actually reflects the characteristics of the population rather than just sampling error or chance.

In any significance test, there are two possible hypothesis:
How to calculate T:

A p-value s the probability of concluding there is a significant difference between the groups result when the null hypothesis is true (meaning, the probability of making the WRONG conclusion).  In biology, we use a standard “p-value” of 0.05. This means that five times out of a hundred you would find a statistically significant difference between the means even if there was none.  ​​ 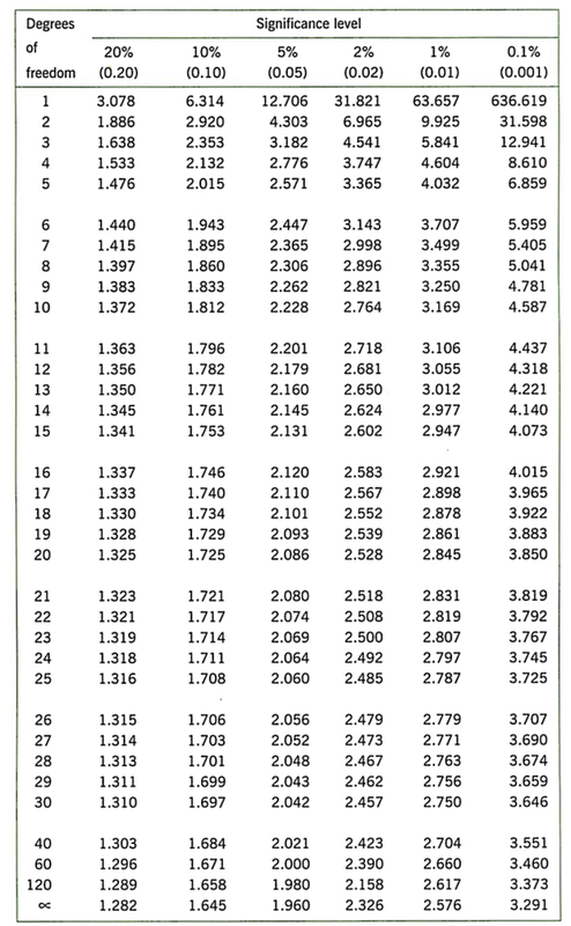 Ed Yong writes for Cancer Research UK on the WHO’s verdict on mobile phones and cancer. Correlation vs cause!
Epidemiology: The Science of Cohort Studies. How do we generate lifetimes’ worth of data in studies in medicine? Ben Goldacre’s BBC Radio 4 documentary, Science: From Cradle to Grave. An amazing discipline to work in, and one birth cohort study has been running for over 65 years!
Click here for a funny article on the 9 circles of scientific hell.