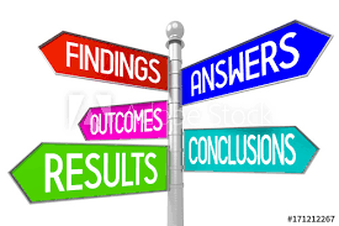 image from /stock.adobe.com
​This criterion assesses the extent to which you have collected, recorded, processed and interpreted
the data in ways that are relevant to your research question. The patterns in the data are correctly
interpreted to reach a valid conclusion

If there is insufficient data then any treatment will be superficial. You need to recognize the potential for such a lack and revisit the method before you arrive at the data collection or analysis. Alternatively, a lack of primary data could be supplemented by the use of secondary data from data banks or simulations to provide sufficient material for analysis.
Results, analysis and conclusion (6)

Any treatment of the data must be appropriate to the focus of the investigation in an attempt to answer your research question. The conclusions drawn must be based on the evidence from the data rather than on assumptions. Given the scope of the internal assessment and the time allocated, it is more than likely that variability in the data will lead to a tentative conclusion and may identify patterns or trends rather than establishing causal links. This should be recognized and the extent of the variability be considered in the conclusion.

Where possible, the variability should be demonstrated and explained, and its impact on the conclusion fully acknowledged. Please note, by “conclusion”, is meant a deduction based on the direct interpretation of the data such as “What does the graph show?” or “Does any statistical test used support the conclusion?” Any overview of the data in the light of the broader context will be assessed in the criterion for discussion and evaluation.

Conclusion:
The conclusion
Scientific Context:
The results of the experiment should
It is not necessary to find an exact same investigation with the exact same results, it is possible to compare findings with another investigation that is different but with results that either confirm or refute those of the student's investigation.
Results, Analysis and Conclusions Rubric 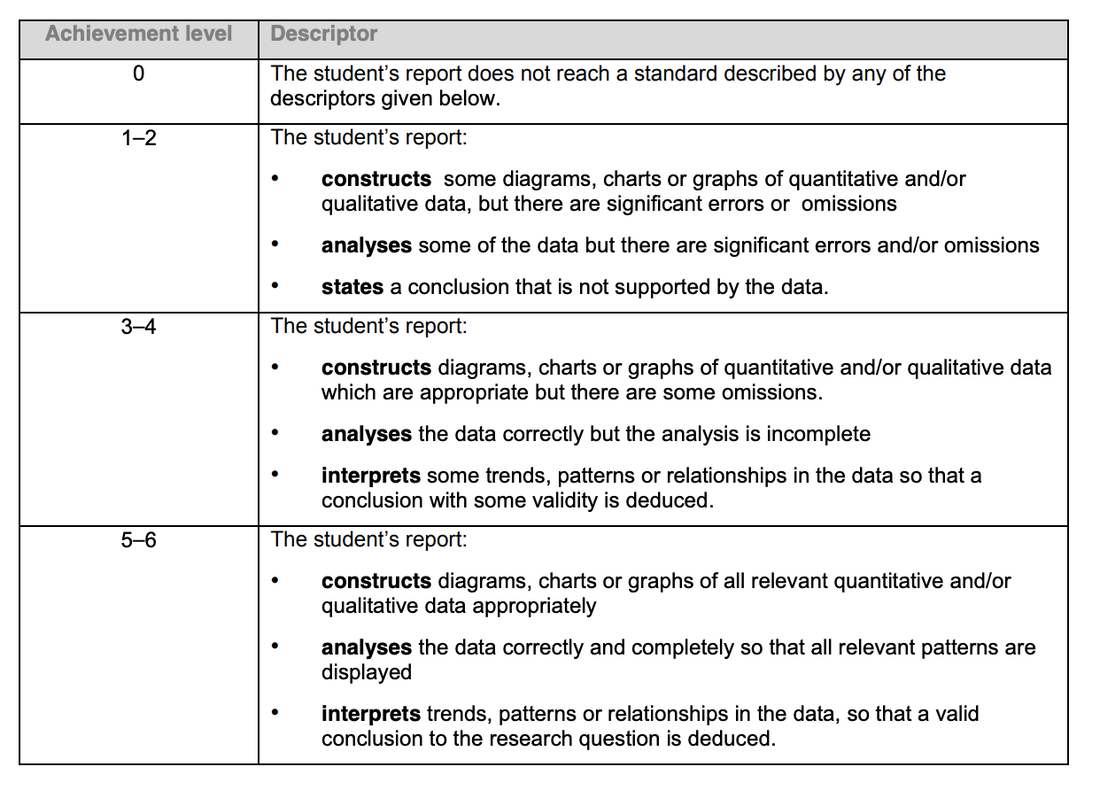